Broner's Coach Not Worried About Arrest: This is AB's Best Camp

TMZ reported on Wednesday that Adrien Broner had been arrested on Sunday due to an outstanding warrant.

Broner was arrested in Broward County, Florida after a warrant for his arrest was issued for failure to appear in court earlier this month. He was booked in county jail and then released.

The bench warrant stems from a case dating back to December 2017. He was initially he was arrested for having no driver's license, speeding, no registration or proof of insurance. Since that arrest, he's failed to appear in court several times, which led to a previous arrest in July for failure to appear. 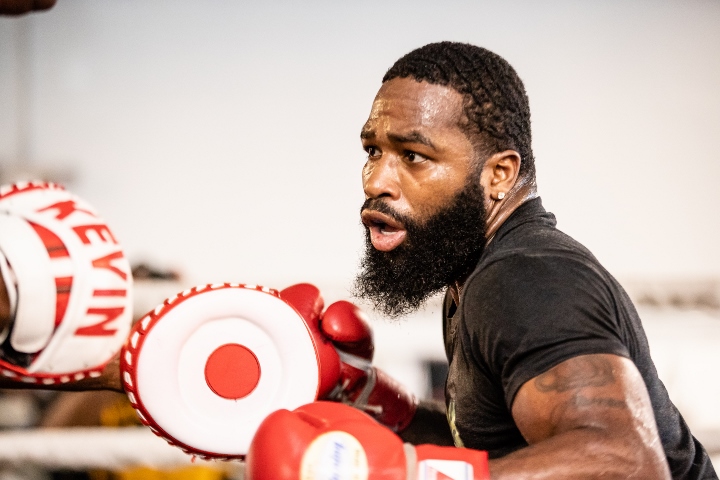 The former four-division champion is currently in the middle of his training camp in South Florida for his January 19th pay-per-view showdown against future Hall of Famer Manny Pacquiao. The clash will take place at the MGM Grand Garden Arena in Las Vegas.

The news of Broner's arrest surprised his coach Kevin Cunningham who said that he is very pleased with the way camp has progressed.

"This is news to me. I didn’t know anything about it. Our camp is on point. He hasn’t missed a beat. Preparation is 100% and we are preparing to do what we are coming to do on January 19th and that is to destroy to Manny Pacquiao's ass. There are no distractions in camp," Cunningham told BoxingScene.com.

Cunningham, who also is training super welterweight contender Erickson Lubin for his February 9th bout against former champion Ishe Smith, said that this is the best camp of Broner's career and that he will put on a spectacular performance when he faces Pacquiao.

"He hasn’t mentioned it to me. Whatever it is, it hasn’t effected his training camp. I haven’t ever seen him this focused. It is his best camp I have seen him in. We are locked in and loaded and focused on coming to Vegas and beating Manny. That is all of our focus over here," said Cunningham.

Pacquiao-Broner will be distributed by Showtime Pay-Per-View with former two-division champion Badou Jack facing unbeaten Marcus Browne for the WBA interim light heavyweight title in the co-feature bout.  The telecast is rounded out with Rau'shee Warren battling Nordine Oubaali for the vacant WBC bantamweight title and Jhack Tepora squaring off against Hector Ruiz for the WBA interim featherweight title.

This is a gift for Broner, I think he will beat Manny, because of the timing of the fight. It's perfect. This legal brush is very small, relatively speaking. Broner might even stop him.

Its always his best camp

Everyone has 'the best camp ever' and 'I feel great' until they lose a fight and then that's when the truth gets revealed. Are some fighter's ego's so frail that a touch of honesty is so damaging that total denial…

This is an interesting matchup. When it was first announced I questioned the fight. Now It seems intriguing. What does Pac have left? Is Broner mentally right? I may just buy this fight!

Failure to appear warrants show how immature and irresponsible this kid is. I mean it is pretty basic **** to pay a lawyer $100 per violation and go to court....but for some entitled morons that is asking to much. Grow…