Broner: This Isn't Do-Or-Die For Me; I've Had Hall-of-Fame Career

NEW YORK – Adrien Broner took exception to one particular line of questioning while on tour to promote his fight against Manny Pacquiao.

“Adrien, this has to be considered do or die for you?,” a radio host asked Broner following a press conference Monday in Manhattan. “How do you look at it?”

Needless to write, Broner doesn’t at all view his upcoming Showtime Pay-Per-View bout versus Pacquiao that way at all. 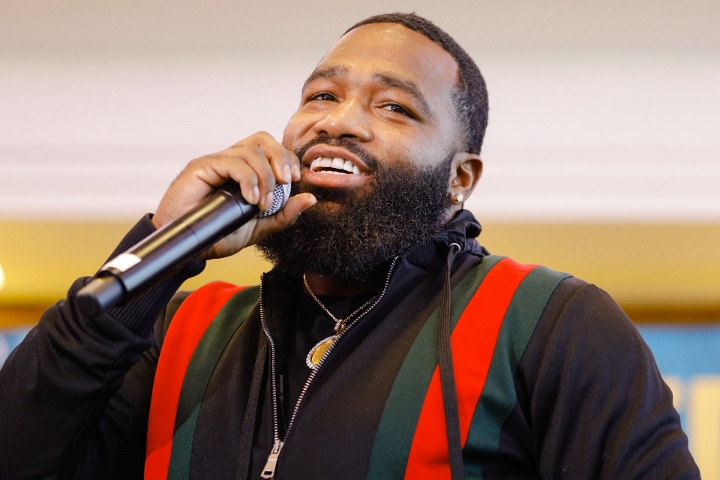 Why would he? The polarizing four-division champion continues to draw the type of television ratings that secure substantial paydays, despite that the Cincinnati native is 0-1-1 in his last two fights and battled to a draw in his last appearance against an opponent Pacquiao dominated two years ago (Jessie Vargas).

“This is do-or-die for you, asking that dumb-ass question,” an indignant Broner replied. “You damn near about to be – boy, this ain’t no do-or-die for me.”

The radio host doubled down by replying that Pacquiao (60-7-2, 39 KOs) is on his way to the International Boxing Hall of Fame. Where would Broner be, he asked, if Pacquiao beats him January 19 at MGM Grand Garden Arena in Las Vegas?

The radio host tried to explain what he meant, but Broner cut him off.

“I’m just saying, too,” Broner said. “You might not think I’ve got a Hall-of-Fame career, but I do.”

The radio host stated that he, too, believes Broner belongs in the International Boxing Hall of Fame. But why, he wanted to know, should we believe Broner finally will begin reaching the considerable potential the 29-year-old boxer once displayed

[QUOTE=pasawayako;19294382]No one? Some of his fans even projected that broner will be the 2010-2019 FIGHTER OF THE DECADE. lmao.[/QUOTE] Yes based off potential. You have to earn a P4P ranking hence why no one considered him P4P when The Ring…

That scrub is delusional.

[QUOTE=RetroSpeed05;19293746]He might be the worst 4 time champion in the history of boxing or close to it. Besides DeMarco which was his best and a solid win, his career is made up of losing his step up fights to only…