Breazeale: I Think The Referee Stopped it a Little Early!

Deontay Wilder retained his WBC heavyweight title in impressive fashion, knocking Dominic Breazeale out in the first round on Saturday.

Wilder recorded the 40th knockout of his career just two minutes, 17 seconds into the fight at Barclays Center in New York.

After a war of words in the build-up, Wilder showed his class in his first fight since drawing with Tyson Fury in December, his performance set to again lead to calls for a rematch with the Brit or fight with fellow heavyweight champion Anthony Joshua. 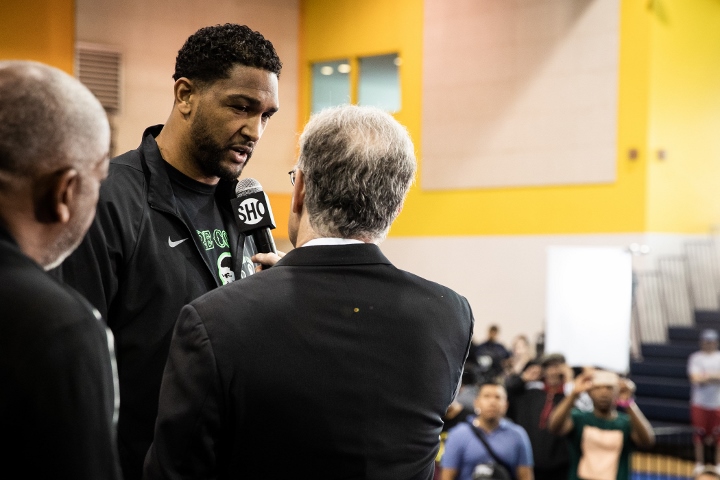 Wilder made a fast start and he had Breazeale in trouble early after a big left hand, only for the latter to steady – albeit very briefly.

Just seconds later, the fight was over.

Wilder landed a left-handed jab before a huge right sent Breazeale to the canvas, ending the fight and marking a ninth successful title defence.

"I think the ref stopped it a little early because I could hear him saying seven and eight, but that's boxing," said Breazeale. "He did his job and kept us safe for our next fight.

"I got on my feet and had my legs under me. It's the heavyweight division so there's going to big shots from guys with power. This was a situation where he landed the big right hand before I did. I thought I was going to come on in the later rounds. I'll be back and go for the heavyweight title again."

[QUOTE=chicken-;19790381]joshua getting destroyed by a fat pig. He doesn't have a chance vs wilder rofl.[/QUOTE] :Flush::Flush::dunno:

Hahahahahahaha joshua got destroyed by a fat pig hahahahaha.

[quote=noelanthony;19788498]wait , wilder flattened brezeale in 1 round and it took aj 7 rounds so your logic suggests??...... Smh ok let’s run with your logic , aj knocked out molina in 3 rds and wilder was wobbled by molina and…

[QUOTE=chicken-;19788375]Uhh yea I remember a bunch of morons who can't count saying Fury got a long count. I also remember me posting saying he clearly beat the count. That pea-sized brain of yours is only capable of putting people into…

[QUOTE=Noelanthony;19756365]He just pulling your fat little legs. Do you remember when you Wilderlites were saying Fury was on the canvas for 12 seconds. Now you know how it feels..Lmao.... go and drink some baby oil and stop getting all emotional.…