Brandon Figueroa vs Julio Ceja in The Works For November 15

BoxingScene.com has been advised that the return of fast rising super bantamweight Brandon "The Heartbreaker" Figueroa (20-0) is being targeted for a date in November with the 15th the likely landing spot.

Across the ring from him will be former interim champion Hugo "Pollito" Ceja (32-4).  This fight will likely headline a Premier Boxing champions on FS1 card. 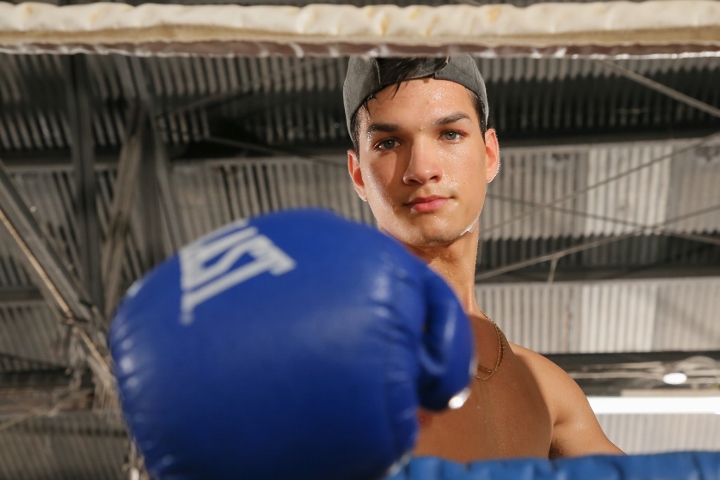 Ceja will represent the toughest challenge to date for the 22-year-old Figueroa.  Ceja was last in action in June when he was stopped in 8 rounds by former champion Guillermo Rigondeax.  Ceja was giving the Cuban two-time gold medal winner his toughest test as a pro before getting caught and stopped.  He was up on all 3 scorecards at the time of the stoppage.

Figueroa, who holds the interim WBA super bantamweight world title, is 3-0 in 2019 with 3 knockouts. He was last in action in August when he blew out an over matched Javier Chacon in 4 rounds in front of a packed house in a bout also televised by FS1.  The fight took place in Edinburg, Texas which is a short distance from his hometown of Weslaco.

After the fight there was talk of a potential showdown pitting Figueroa against Stephen Fulton who kept his perfect record intact by knocking out Isaac Avelar on Figueroa's undercard.  Those plans will be tabled until sometime in 2020.

Like it, definitely will be exciting as long as it lasts. Put Fulton on the UC again to build that fight up.

That fight is going to be an absolute war....they should have put that one on regular FOX

Figueroa in a shootout