Things have gotten a little more interesting because Juergen Braehmer is planning a legal challenge in the hope of facing Callum Smith in the super middleweight final of the World Boxing Super Sseries (WBSS) final.

"I'm assuming I'm going to box and I've already got my lawyer on the case," Braehmer told German newspaper the Maerkische Oder Zeitung.

"I will prepare intensively for a fight against Smith." 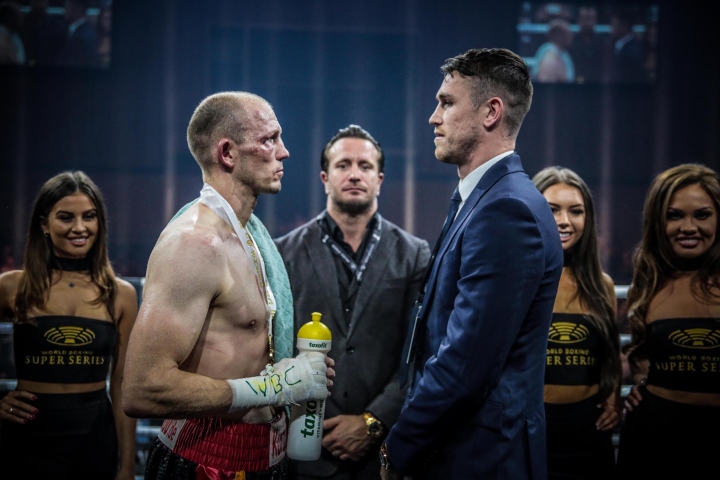 The super-middleweight final is planned for June when Smith, 27, will face domestic rival George Groves, who holds the WBA world title, but the latter is recovering from shoulder surgery.

Reports in the UK media suggest the fight will be rescheduled for July 7 or 14 - which WBSS officials have disputed, but Braehmer hopes a legal challenge could see him face Smith.

The German veteran is a two-time former light-heavyweight world champion.

The WBSS winner will receive the Muhammad Ali Trophy, and the WBSS carries a 50 million dollars prize fund split over super-middleweight and cruiserweight categories.

IN OTHER NEWS: Dominican Featherweight prospect, Braulio Rodriguez (19-2, 17KO's), makes his return to the ring on Saturday, March 17th, 2018 against Christopher Diaz (22-0, 14KO's) from Barranquitas, Puerto Rico.  The ten-round bout will take place at Madison Square Garden Theater in New York, New York and will be for the WBO-NABO Super Featherweight title.  The show will be promoted by Top Rank.

After a year and a half layoff, Rodriguez is excited to be back in the ring. Rodriguez was recently signed to a three-year promotional deal by Real Deal Boxing and also a managerial agreement by El Matador Management.

"I feel happy to be part of Real Deal Boxing and El Matador Management. I know that with them, I will achieve great things in the sport of boxing. This is the opportunity that I have been looking forward to and now I will be able to show everyone who Braulio "El Chavo" Rodriguez is."

Better Brähmer than Eubank. Brähmer deserves a fight against either Smith or Groves.

Winner of Smith vs Braehmer should fight Grooves with Ali Cup on its stake.

Groves deserves his final. Push the final back so Groves can heal and have the semi-final. Plenty of time.

[QUOTE=JcLazyX210;18572650]That's the key to the whole thing cuz even if their was an contact that if somebody gets sub if injured then they breach it if they don't also sub out groves if he needs recovery time. Very tricky.[/QUOTE] Yep…