Give it time and the results can pile up and make something as fanciful as pound-for-pound ratings hard to think through.

Is it recent form, career resume and accomplishments, or the pure hypothetical guess work of what would happen if everyone was the same size? Seemingly everyone has a different answer and that’s as it should be. It would be cool if there was a magic machine to, say, pit the punching power of Naoya Inoue against Deontay Wilder in a relatively equal fight.

It would be cool to win the lottery too.

The latter is at least statistically possible. 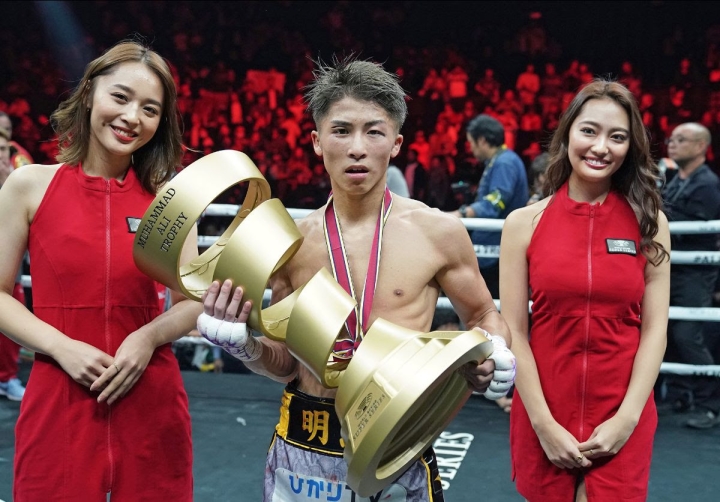 Since the last update, we’ve seen a modern great add another feather to his cap, the completion of two World Boxing Super Series, a new lineal king at light heavyweight, and the sports biggest prime star jump two weight classes to knock out a stalwart of the last decade.

For this list, it meant the exit of Mikey Garcia and Srisaket Sor Rungvisai from the top ten for now as Manny Pacquiao returns and Josh Taylor cracks the top ten. It also meant a shake-up at the top.

Terence Crawford, the previous number one who is stuck in an unfortunate limbo without a serious fight on the immediate horizon, slips as the men now ahead of him find new challenges easier to come by. For this scribe, the top two came down to Canelo Alvarez, previously fourth, and Naoya Inoue, previously second.

Others might still have Crawford up top, or rest their argument with a Vasyl Lomachenko or Oleksandr Usyk. They’re all right answers in as interesting a debate for the top spot as there has been in some time.

Yeah, you guys are right. It's getting harder & harder for me to justify having Crawford at #1 with his lack of challenges, but it's just that I feel weird putting guys with under 20 fights as P4P #1s with…

[QUOTE=aboutfkntime;20195878]P4P is subjective... and highly over-rated imo... Inoue leapfrogged Lomachenko, Crawford, and Canelo... after being exposed a little, by an old Donaire who dropped [B]TWO [/B]divisions in the last year-or-so? ... :thinking: I have him a solid #4 Usyk, I…

good list agree crawford should go down, based on his lack of challenge, and his best win being amir khan

[QUOTE=djbiancafrost;20196035]A WBA Super 130 belt that was supposed to be for ANDREW CANCIO. Cancio should be in line for that belt (well you know how the history of Machado's original belt was taken away by Gervonta).[/QUOTE] King Santa was the…