Would Boxing Benefit if More Fighters Fought Like Lomachenko?

Vasiliy Lomachenko could make history if he claims his third world title in just 12 fights when he faces Jorge Linares in New York on Saturday night. Lomachenko’s highly decorated amateur career (396-1), two Olympic gold medals and easy transition from amateurs to the pro ranks has put him on course to establish himself as one of the greatest boxers of the modern era in an incredibly short time.

Lomachenko’s pro career started in 2013 and in less than five years time he will have fought 12 times and squared off with some of the best opponents possible across featherweight, junior lightweight and lightweight. The sky is the limit for the 30-year-old, who many anticipate will bump up another weight class in search of competition. In an interview with ESPN, Lomachenko made it clear that he’s not here to pad his record and wants the toughest fights possible.

"The skills of boxing are not forever. The history is forever," he told ESPN’s Dan Rafael. "That's what it means to me to make history. Money, titles, belts -- you're not going to take with you when you die. But the history will stay forever. That's why I decided to go the history route, not the money. You can have the money today but you might not have money tomorrow. But history says forever.

"It's hard to tell what the history will turn into, but what I want is big challenges. I want big names. I want to win, win, win. The life of an athlete, of a boxer, is very short so I don't have time to waste doing tune-up fights. I want the best fights. I want to get the most I can out of my short boxing life.”

Not every fighter can be like Lomachenko but is it possible that it could be more beneficial for the sport if fighters didn’t spend years padding their record and squared off with the best opponents available?

Obviously, some fighters need more professional seasoning than others before jumping into the deep water with more talented opponents. So, not every fighter can chase three world titles in just 12 fights. However, do we really need fighters to take on 20-25 opponents before they get a crack at a world title? It’s the one thing that the UFC does well, almost to a fault, and boxing could benefit from if they adopted this approach to the sport. 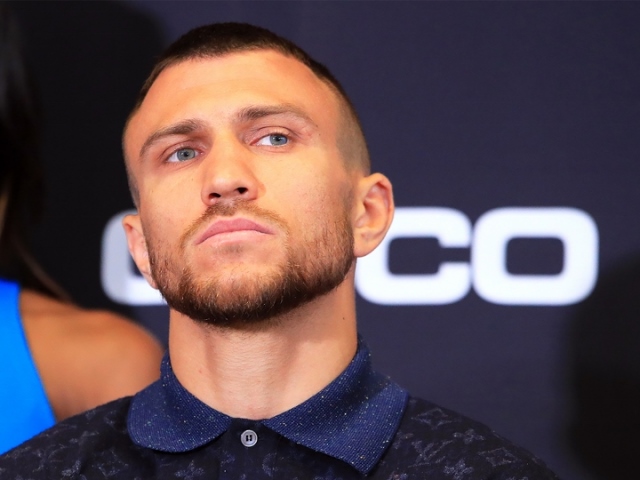 In the UFC, mixed martial artists don’t get many “gimme” fights and move up the ranks quickly and are tested almost immediately. This also allows a bit of turnover because the weak are separated from the strong relatively quickly. But it also fosters an environment where losses aren’t a career killer and could help fight fans weed through the nonsense. After all, we are in a society that has a short attention span and is terribly impatient.

Many will argue that Lomachenko is a once in a lifetime fighter and not every fighter that turns pro is ready to take on elite competition that quickly. That is absolutely agreeable on many fronts. A lot of boxers cut their amateur careers short to turn pro in an attempt to make money and face opponents to give them multiple looks before eventually stepping up. Lomachenko is much like Brock Lesnar, who won his UFC heavyweight title in only his fourth professional fight and lost it in his seventh pro fight to Cain Velasquez. To date, Lesnar has had only nine pro fights but he’s made a lot more money than a vast majority of fighters who have twice as many fights. Ultimately, guys like Lomachenko and Lesnar are outliers.Yet and still, seeing guys like Deontay Wilder fight — and knockout — 32 opponents before getting a crack at a world title is a bit of overkill.

Errol Spence Jr. is a perfect example of a fighter who is ready now, but needed to endure 22 fights before getting a shot at Kell Brook for the IBF welterweight title. And now, although he appears to be ready to take on Keith Thurman, we’ll have to wait at least another year or two before that fight materializes. In the interim, Spence will get an unnecessary “gimme” fight or two before then. If he’s ready, shouldn’t the fight happen? Did Canelo Alvarez really need to beat up on Liam Smith and an overmatched Julio Cesar Chavez Jr. before facing Gennady Golovkin?

There’s talk of “business” in boxing, but it doesn’t always work out when trying to build a fight.

There was a time that JuanMa and Gamboa appeared to be on a collision course. Both were undefeated featherweights with exciting styles. However, Bob Arum felt the need to allow the fight to marinate before it actually took place. That resulted in JuanMa getting beaten by Orlando Salido on two occasions while Gamboa’s career went off the rails from a promotional standpoint. The two never met and it’s a travesty because that could have been an exceptional fight.

The point is that fights don’t always need to “marinate” and talented fighters don’t need to beat up on cab drivers before getting a world title. Those that point to how well Floyd Mayweather and Manny Pacquiao did are looking at a massive fight between two mainstream stars that is unlikely to happen again in quite some time. Keith Thurman is no Floyd Mayweather and Errol Spence isn’t Manny Pacquiao. Fighters need to fight and boxing fans have grown weary of seeing overmatched opponents getting tossed to the wolves so a talented fighter can “get some rounds in."

Nobody is saying that every talented fighter needs to go the Lomachenko route. But it sure would be nice if we didn’t have to wait 20-30 fights to see the best fight the best, wouldn’t it?

[QUOTE=TexasCowBoy;18762382]The exception to the rule (protecting boxing cowards) of the PBC umbrella is Hurd (the real Swift...NOT LIKE THAT TROPICAL MEXICAN DANNY GARCIA)and Spence....I would like to see spence fight thurman, tropical mexican danny garcia[/QUOTE] Danny Garcia is not Mexican,…

[QUOTE=Bad_Guy;18762284]He's an example of a true fighter with heart and skills, reminiscent of Ali in those ways. If he loses, who cares? He has the balls to continually test/prove himself, and you have to respect that.[/QUOTE] Do not ever compare…

[QUOTE=B Phontain;18763415]Well this is a fighter by fighter thing to me....for every Loma (very few) there is a Mayweather (very few). Lomas very extensive amateur career shortened his boxing life but has him skilled enough to not start from scratch.…

Well this is a fighter by fighter thing to me....for every Loma (very few) there is a Mayweather (very few). Lomas very extensive amateur career shortened his boxing life but has him skilled enough to not start from scratch. Mayweather…