Bivol is Waiting on Marcus Browne, Not Thinking About Beterbiev

Beterbiev was making his second defense of the title, and it was his promotional debut for Top Rank after parting ways with Yvon Michel of Canada.

The 34-year-old Beterbiev raised his undefeated record to 14 victories (all by knockout). 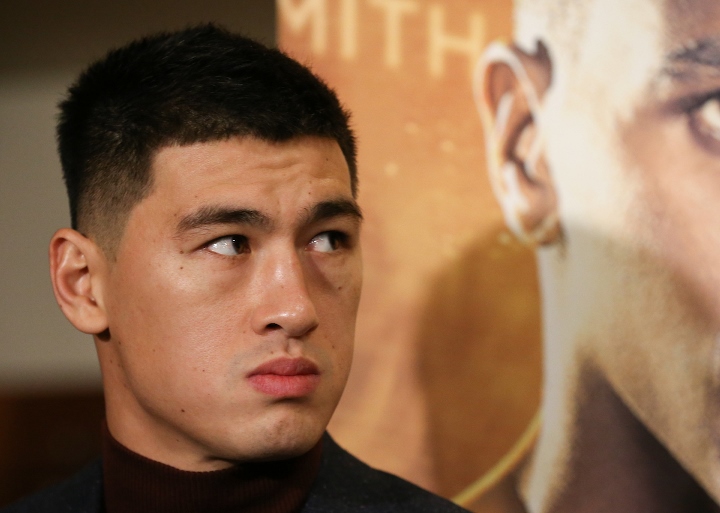 World Boxing Association (WBA) world champion Dmitry Bivol could be a potential opponent for the future, but he's not thinking about Beterbiev at the moment.

Bivol is waiting for the WBA to make a ruling on his mandatory defense against top rated contender Marcus Browne.

“For the next fight it is unlikely that Beterbiev will be a consideration. We are waiting for a decision on the mandatory challenger, who is Marcus Browne. And there is no news as of yet,” said Bivol.

As BoxingScene.com reported last week, Browne will collide with former world champion Jean Pascal next month. Pascal challenged Bivol last fall and lost a twelve round decision, in a fight where many expected the Canadian veteran to get stopped in the early rounds.

Bivol, for the moment, is aligned with streaming service DAZN. There is also talk of him potentially dropping down to super middleweight for fights with Canelo Alvarez and Callum Smith.

Beterbiev is competing on ESPN, as part of their content deal with Top Rank.

There are other unification options for Beterbiev. WBC world champion Oleksandr Gvozdyk is also under contract with Top Rank. And WBO champion Sergey Kovalev owes a few options to Top Rank from his last appearance on ESPN.

[QUOTE=DuckAdonis;19722657]Damn everybody is avoiding Beterbiev smh :/ But I think Kovalev will fight him. Let's go! War Kov![/QUOTE] I hope so but he didnt manifest himself much the past 2 days to ask for Beterbiev...

Browne has a fight scheduled so there isn't much reason to wait around for him.

[QUOTE=Boxing Logic;19722268]By the way I think what's really going on here is Bivol's team probably knows the sanctioning bodies are out to screw him in favor of an American fighter. Bivol is WBA champ, yet they already made Browne regular…

Damn everybody is avoiding Beterbiev smh :/ But I think Kovalev will fight him. Let's go! War Kov!