But in January 2020 it was revealed that Besputin had failed a post-fight drug test. He tested positive for the performance enhancing drug Ligandrol.

Besputin had the B-sample tested. It also came back positive for the same substance - which prompted the WBA to remove the title from Besputin. 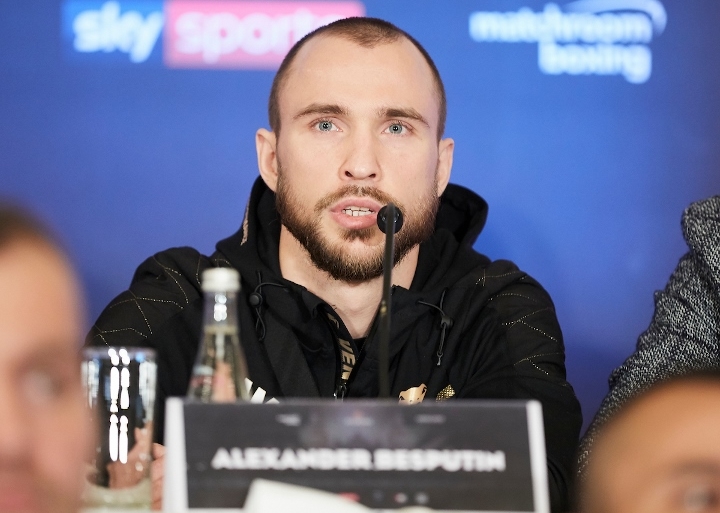 Besputin explains that he passed several pre-fight tests, that were paid for by Butaev.

“I paid for my training about $30 thousand dollars, and a total of $15 or $16 thousand dollars was needed from both boxers for voluntary testing,” said Besputin to tass.

“Once the Butaev team suggested that we needed to pass additional tests, then they can pay for it. Usually the promoter pays for such things, but the head of Matchroom Boxing, Eddie Hearn, said that we are not his boxers and he will not pay for it. We had a mandatory test after the fight. I passed the voluntary tests that Butaev’s team paid - they were clean. But the official mandatory test after the fight gave a positive result.

“There were no financial penalties, I only lost the title. I’ll no longer be a boxing champion, but I climbed the mountain once and the second time it will be easier. But we are not hanging our heads down, we continue to train and plan to capture a new belt.

"The concentration of the banned substance in the doping test was very small, the specialists from VADA (Voluntary Doping Testing Association) saw this. [We sent a letter that was] eight pages long, articles were cited stating how [the substance] could enter the body through meat and so on. If I took this drug, then all the indicators would have been different. And, to be honest, I don’t know where it came from in the sample."

Both of his samples tested positive. There is no innocence here.

More proof, if any was needed, when promoters refuse, forcing fighters to pay for VADA testing out of their own pockets, how there is no real desire to address the drug problem in boxing. Also, if Besputin failed the post…