According to World Boxing Association (WBA) "regular" welterweight champion Alexander Besputin, he has requested additional information from the Voluntary Anti Doping Association (VADA) regarding his doping test that came up positive.

On December 1, 2019, Besputin won the WBA championship belt, beating compatriot Rajab Butaev on points by unanimous decision in the main event of a Matchroom card that was staged in Monaco. His doping test in the aftermath of the title fight showed a positive result for a banned substance. 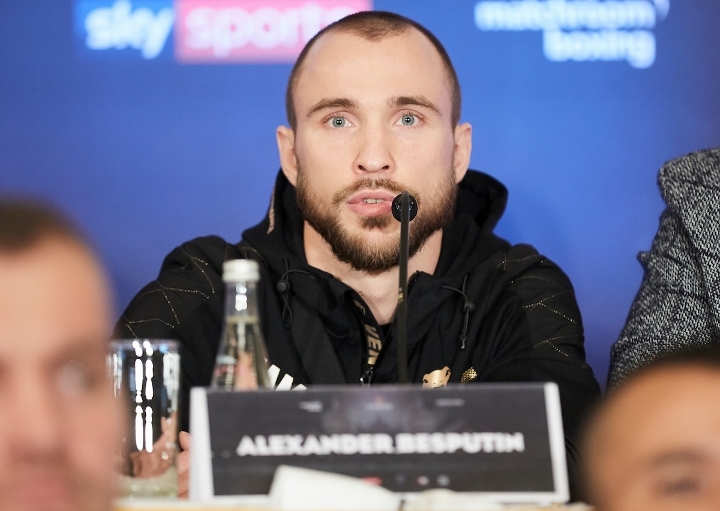 The boxer's test came up positive for traces of ligandrol, which helps increase muscle mass.

When the positive test came down, the boxer had been ordered to make a mandatory defense against Yordenis Ugas, who returns this Saturday night in a stay-busy fight against Mike Dallas.

On the record of the 28-year-old Besputin are 14 victories (9 by knockout) and not a single defeat in the professional ring. During his amateur career, he became the champion of Russia and Europe, the silver medalist of the European Games, and reached the quarter-finals at the World Championships. In October 2015, he decided to become a professional and signed a contract with Las Vegas based promotional company Top Rank.

[QUOTE=kafkod;20353310]Besputin is not a Matchroom fighter, you dickhead.[/QUOTE] Right? What a knob. He obviously didn't read the article as it confirmed that besputin is a top rank fighter. The casuals on these message boards are annoying and seem to out…

[QUOTE=5000boxing;20353128]Matchroom fighters stay dropping like its hot!! Lmao! Will this b sample mysteriously disappear like dillian whyte?[/QUOTE] Besputin is not a Matchroom fighter, you dickhead.

Matchroom fighters stay dropping like its hot!! Lmao! Will this b sample mysteriously disappear like dillian whyte?