On November 2nd, Miguel Berchelt will return to the ring in Southern California against former champion Jason Sosa. The bout will headline an ESPN telecast.

The WBC super featherweight champion was last in action in May when he stopped Francisco Vargas in 6 rounds. He previously captured his world title by stopping Vargas in 11 rounds in their first fight in 2017.

The 27-year-old Berchelt isn’t looking past Sosa but is hoping to face some of the biggest names around his weight division. He already has mapped out a plan of who he would like in his 2 subsequent fights.

“I hope that after my next fight I can get a big fight against Oscar Valdez in early 2020 and then after I fight Oscar I would like to relinquish my belt and move up to fight Lomachenko,” Berchelt recently. told BoxingScene.com. 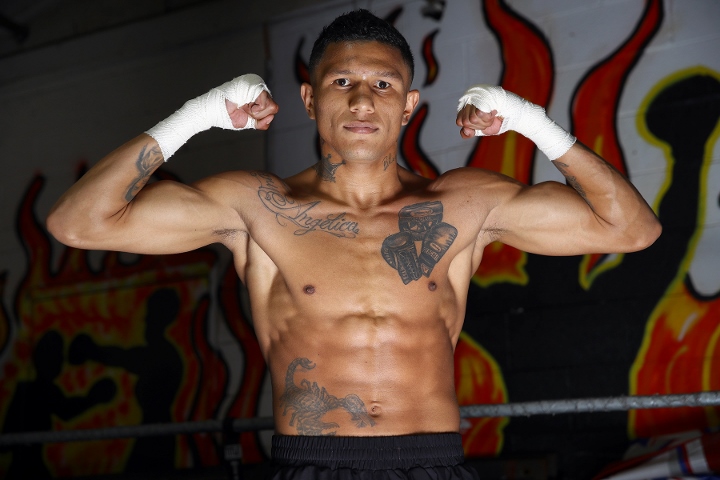 Valdez recently dropped his WBO featherweight belt after stating that it was getting to difficult to make the 126 pound weight limit. Berchelt feels a fight between the two would produce fireworks.

“He is a great champion. He defended his featherweight title 6 times. Now he is moving up to 130 and without a doubt it would be an explosive fight. A lot of fans would love to see Oscar Valdez fight Miguel Berchelt,” Berchelt explained.

Berchelt and Valdez are 2 of my favorite fighters. I think Berchelt has a something extra between the two. Berchelt has this laser like focus. Almost like he locks onto the target. Once he locks on, it’s a sure kill.…

Nah don't relinquish your belt. No incentive for Loma. He has Tank and Haney, mandatories at 135 to fight. Keep your belt and ask Loma to come and try for it. He'll come down and try to unify 130 next.…

Would love to see it. One thing is guaranteed, he will definitely relinquish his belt after yhat fight. Most likely unwillingly. That is if Valdez can shake the new trainer rust off by that time.