Berchelt's Trainer: Lomachenko is The One We Want To Beat!

At the moment Lomachenko is the WBA, WBO, WBC Diamond champion at lightweight.

Top Rank's CEO Bob Arum, who works with Lomachenko and Berchelt, has mentioned the possibility of matching them against each other. 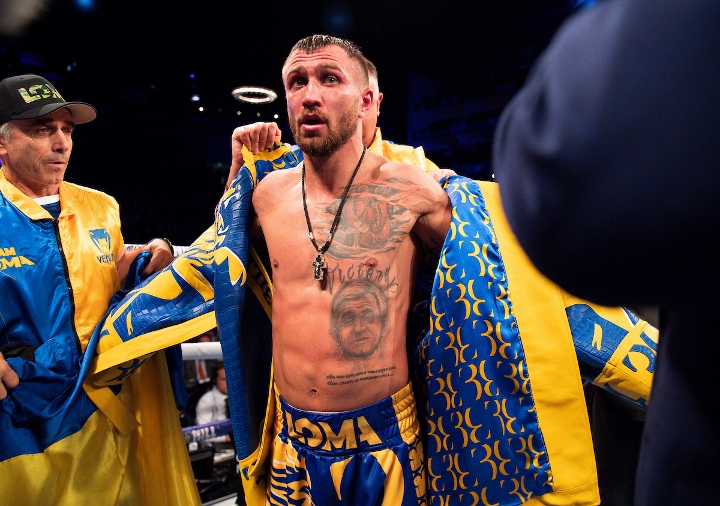 First up for Berchelt is a mandatory title defense against Oscar Valdez.

That contest was initially looked at for the month of June, but due to the coronavirus pandemic it is now pushed back to sometime in the fall.

Caballero likes the fight with Valdez, because it presents him with the scenario of matching his skills as a trainer against Eddy Reynoso.

"I know it will be a great fight, I admire Oscar a lot, we have known each other for many years, he trained with me on the Sonora team when he was an amateur before going to the [Mexican] Olympic Committee, it will be a great fight - but I consider Berchelt to be a more solid fighter, he is at his weight, he hits harder. They are very confident because Berchelt looks very stiff, but when they feel his punch and combinations, all the boxers say 'what did I get myself into,'" Caballero said to ESPN Deportes.

"It is going to be a great fight, and there are many who talk about the corners. I want to win and what's more than beating Oscar Valdez and Eddy Reynoso."

Once the Valdez fight is in the books, Lomachenko will then be on their radar.

“In fact we always talk [about that fight], we have great fighters in our sights, we've been looking at Lomachenko since he was at featherweight, super featherweight and now at lightweight," Caballero said.

"I think if Berchelt were given a chance to move up to the Lomachenko's division we would face him. It would be a great challenge, Berchelt has him in his sights and he is the boxer that we want to beat."

Yeah, you want him but Lomachenko can only fight one guy at a time. And you know he's set to fight Lopez. So look for other fighters that are available like Haney. Otherwise, you'll be wasting your time waiting. Stop…

"I think if Berchelt were given a chance to move up to the Lomachenko's division we would face him" - weird statement, weren't they both champions at some point at 130?

Berchelt has no chance