That fight would depend on Lomachenko winning with Lopez and Berchelt defeating Oscar Valdez.

Everyone is waiting for the action to resume after the ongoing coronavirus pandemic comes to an end. 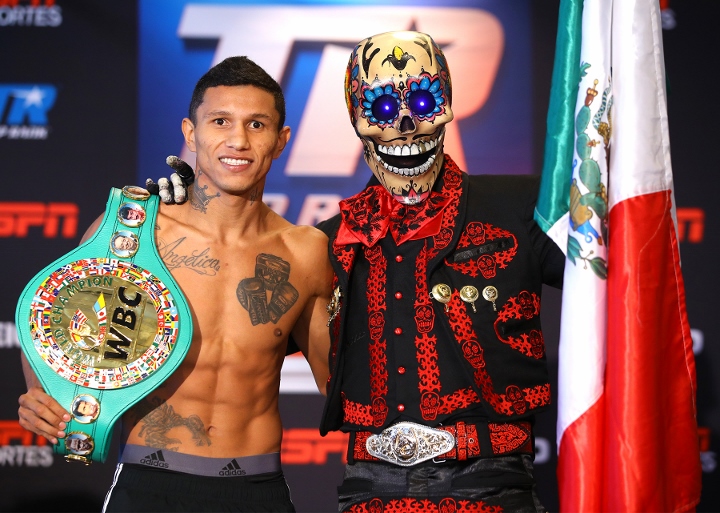 During a Facebook Live chat with Hispanic media, Beltrán made it clear that Berchelt is very interested in the clash with Lomachenko, because they know what he represents one of the best pound for pound.

"I feel like Lomachenko is going to be in a powder keg [if he faces Berchelt]... he is going to face a big boxer, fast and with a very respectable punch. It is very possible, but first we must consolidate the war between Mexicans, we will remember the wars of (Érik) Morales and (Marco) Barrera, and Barrera and (Juan Manuel) Márquez, the four of Rafael Márquez with Israel Vázquez, and that is why we are trying to finalize the fight between Miguel Berchelt and Óscar Valdez," Beltrán said during the interview.

"If we win that fight (against Valdez), I have a lot of confidence that logically we would be willing to fight Lomachenko, he is in the light, he wants to fight with the best, I don't know if he considers us the best, I'm sure we are the best at 130, but to go to 135 we would love to go with Lomachenko as soon as Bob Arum proposes it.

"Lomachenko is with Bob Arum and Berchelt is with me and Mario Abraham and we have a partnership with Bob Arum. We can make that fight in five minutes, so it is a matter of will, that Lomachenko and Bob Arum want it."

A Mexican will end Loma's career

[QUOTE=ShoulderRoll;20499907]No, he wasn't silent back then actually. Berchelt called out Lomachenko several times at 130. [B]Berchelt Wants Big KO To Send Message To Lomachenko[/B] [url]https://www.boxingscene.com/berchelt-wants-big-ko-send-message-lomachenko--106409[/url] [B]Berchelt: I Would Beat Lomachenko[/B] [url]https://www.fightsports.tv/berchelt-i-would-beat-lomachenko/[/url] Lomachenko also jumped the line ahead of Berchelt to…

Yeah that's a good year's worth of fighting right there.

[QUOTE=Satir;20499270]Could've and should've fought Loma 3 years ago, when both were champs at 130, strangely was silent back then[/QUOTE] No, he wasn't silent back then actually. Berchelt called out Lomachenko several times at 130. [B]Berchelt Wants Big KO To Send…