The show will go on without Dillian Whyte.

Plans remain in place to proceed with the November 21 card at Wembley’s SSE Arena, only without its original main event and now on a different platform. Following the postponement of the rematch between Whyte and Alexander Povetkin, Matchroom Boxing has confirmed that a significant portion of the show will remain intact.

Now headlining the bill, second-generation welterweight Conor Benn (16-0, 11KOs) will face Germany’s Sebastian Formella (22-1, 10KOs) in a scheduled 10-round regional title fight. The bout will top a still-forming card that will air live on Sky Sports, having been moved off of the Sky Sports Box Office circuit. 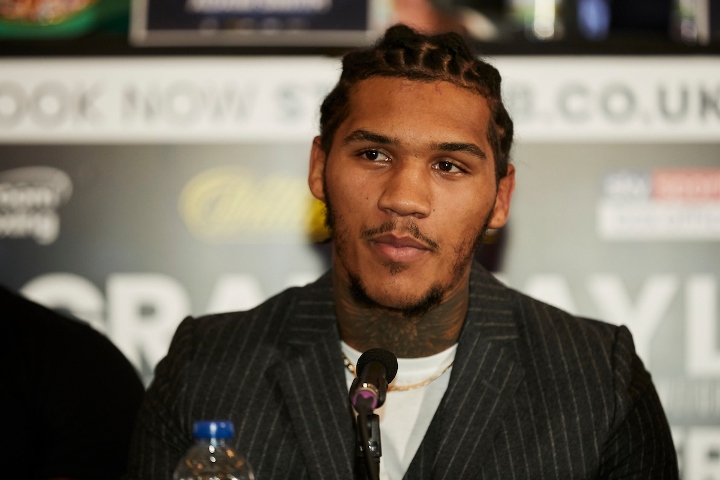 Benn-Formella was previously tabbed to serve as the chief support to the aforementioned heavyweight clash, only for Povetkin to have to withdraw after being hospitalized upon contracting the infectious COVID-19 disease.

Whyte (27-1, 18KOs) was instantly removed from the bill, although there was casual talk of the longtime top-rated heavyweight contender perhaps pursuing an even bigger challenge. Included in such talks were a longshot attempt at landing as the December 5 opponent for World heavyweight champion Tyson Fury (30-0-1, 21KOs).

Instead, Matchroom Boxing will proceed with hopes of a January 30 date for the rematch. The working date would put the event more than five months out from the first fight, where Povetkin rallied from two 4th round knockdowns to put Whyte down and out seconds into round five of their August 22 Sky Box Office headliner.

As for the makeshift November 21 Sky Sports event, two undercard bouts have been confirmed by Hearn:

[QUOTE=Buggy bear;20862686]About time they put Benn top of the bill at Wembley AND On sky , He’s easily the most talented and tough in his weight division in the world .about time he got this platform to display his top…

About time they put Benn top of the bill at Wembley AND On sky , He’s easily the most talented and tough in his weight division in the world .about time he got this platform to display his top class…

[QUOTE=RJJ-94-02=GOAT;20862216]Haha F*** Sky! I’m glad their sh**** PPV has fallen about and they’ve got to actually give their subscribers some boxing content that isn’t behind a paywall.[/QUOTE] Looking at the undercard it looks like there's money put into it, too

I actually think Benn's aggression will get him a win; I don't think Formella is good or strong enough to hold him at bay. But the judges will likely be on Benn's side as people have said.