Nielsen’s numbers from Saturday’s show include viewers that watched it on television. Those that streamed the event on laptops or other devices aren’t included in those figures. 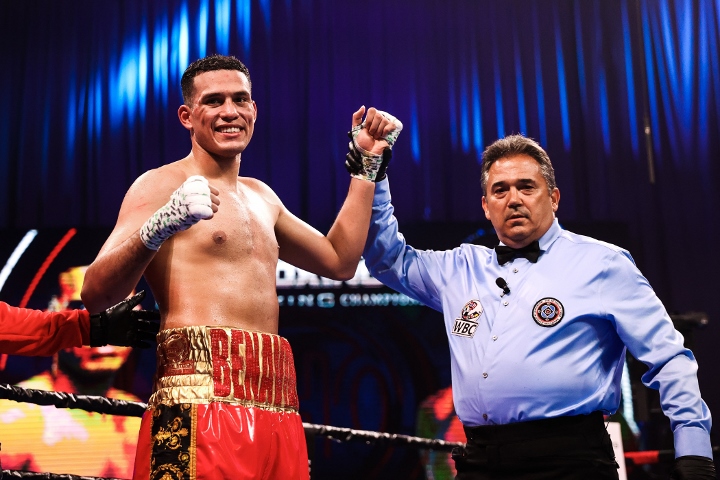 The main event of Showtime’s previous three-bout broadcast – Angelo Leo’s 12-round, unanimous-decision win against Tramaine Williams in a WBO junior featherweight title fight August 1 – attracted a peak audience of 209,000 and an average audience of 150,000. The show headlined by Leo-Williams was Showtime’s first live boxing broadcast since March 13 due to the COVID-19 pandemic.

The average viewership for the Romero-Ramirez match was 180,000. Las Vegas’ Romero (12-0, 10 KOs) recorded a controversial, unanimous-decision victory over the Dominican Republic’s Marinez (19-1, 7 KOs) to win the WBA interim lightweight title in the second of three fights Showtime televised from Mohegan Sun Arena in Uncasville, Connecticut.

The opener of Showtime’s broadcast Saturday night, heavyweight contender Otto Wallin’s fifth-round stoppage of Travis Kauffman, was watched by an average audience of 139,000.

Sweden’s Wallin (21-1, 14 KOs, 1 NC) defeated Kauffman by technical knockout when Kauffman re-injured his surgically repaired left shoulder and referee Michael Ortega stopped their scheduled 10-rounder at 2:32 of the fifth round. The 34-year-old Kauffman (32-4, 23 KOs, 1 NC), of Reading, Pennsylvania, announced his retirement after losing to Wallin.

Phoenix’s Benavidez (23-0, 20 KOs) completely controlled his scheduled 12-round fight against Angulo, until the Colombian contender’s trainer stopped it following a one-sided 10th round. The 23-year-old Benavidez was stripped of his WBC super middleweight title at the scale Friday because he was 2¾ pounds overweight for his TKO victory over Angulo (26-2, 22 KOs).

Showtime’s next live boxing broadcast is scheduled for September 19.

Erickson Lubin (22-1, 16 KOs), of Orlando, Florida, is scheduled to encounter Cleveland’s Terrel Gausha (21-1-1, 10 KOs) in the main event of that tripleheader from Mohegan Sun Arena. Lubin and Gausha will meet in a 12-round, 154-pound WBC elimination match.

It was an all right card. I watched it.

[QUOTE=DaBeastO;20717252]showtime doesn't put on any good cards. they don't even have any big name fighters on the platform they have all moved to fox. showtime boxing is dead in a few years there won't be any boxing on there at…

LOL these numbers are awful!

[QUOTE=jonnyc420;20713491]How can they if they are doing it illegally? I imagine it's more trouble than it's worth. I dropped cable and pay for a few subscription services that supply Showtime, it's been how I watch fghts recently. Can't deal with…

I don`t know why the media keeps saying Angulo`s corner stopped the beating....it was Angulo himself who the moment he sat on his stool said clearly in Spanish " no puedo màs " ( I can`t anymore" ), and the…