Bellew: Tyson Fury Beats Anyone - If It Goes Past 4 Rounds

Former cruiserweight champion Tony Bellew has tipped Tyson Fury as the top man of the heavyweight class - and believes he would beat everyone in the weight division - if the contest crossed beyond the fourth round.

He feels confident that Fury would beat both Deontay Wilder and Anthony Joshua - unless either boxer was able to catch Fury cold in the early rounds.

"Anyone who goes past four rounds with Tyson Fury is going to lose, and that includes AJ," Bellew told Express Sport. "I think, personally, he will get to him in those four rounds. But if it goes four rounds, you’re not going to figure him out. His foot movement is absolutely brilliant for someone of his size and weight." 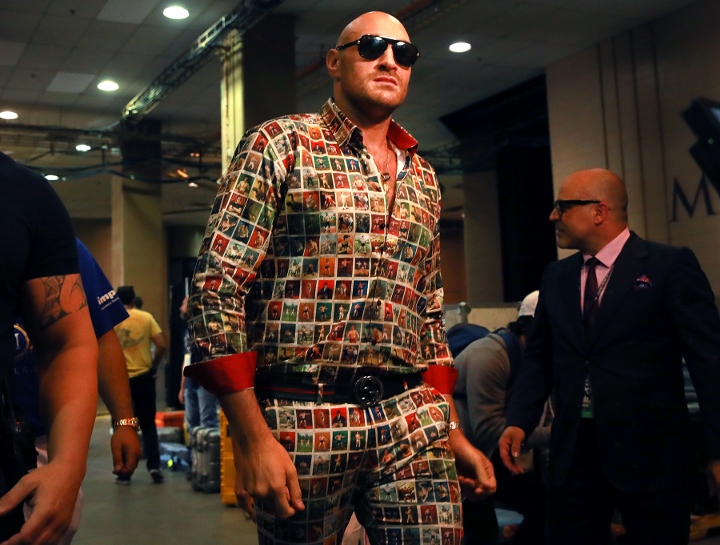 Fury was in action earlier this month, when he made his Las Vegas debut with a two round knockout of Tom Schwarz at the MGM Grand.

Joshua saw action as well, when he was stopped in seven rounds by Andy Ruiz in a shocking upset at Madison Square Garden in New York City.

Wilder was in the ring last month, when he demolished Dominic Breazeale in one rounds.

There is now talk of a Fury vs. Wilder rematch in the early part of 2020. They fought to a controversial draw in December 2018.

Bellew states that Fury's boxing brain and his physical talents, place him at a level above the rest in the weight class.

"[Fury’s] not the fastest combination puncher out of all of them – that's Joshua by a mile – but he is the fastest single punching heavyweight in the world," Bellew said.

"He has the fastest jab in the world out of all of the heavyweights, he has the best boxing brain."

[QUOTE=Phillyy215;19855913][IMG]https://pbs.twimg.com/media/DppKRrUVAAAjmEq.jpg[/IMG] SHHH[/QUOTE] Damn, the British boxing establishment must have had him on everything under the sun, hgh included. He used to have that weird GH gut going on, the crooked six pack is signs of an operation to fix a…

Bellew is such a bandwagon anyways nope. This is the HVY division any one can get ko'ed at any time. His fight with Wilder (even thoe he got up) proved that 1 great punch at any time in the fight…

Who remembers when Bellew claimed he could beat Fury? :lol1: Listen yeah, I'll fight David Price any day of the week, and you know your gay lover Tony Bellew? I'll fight him in between rounds!!

It annoys me that people say that Fury needs to fight some top fighters before they will say he's the best. Boxing should be about what people think might happen. I think Fury will beat Wilder and AJ and all…