Bellew Names Three Boxers Who Could Cross Over To UFC

Over the last few years, there have been plenty of boxers who mulled the possibility of crossing over to MMA - and plenty of mixed martial artists who are open to the idea of entering the sport of boxing.

Their bout, which saw Mayweather stop McGregor in ten rounds, was a massive financial hit. 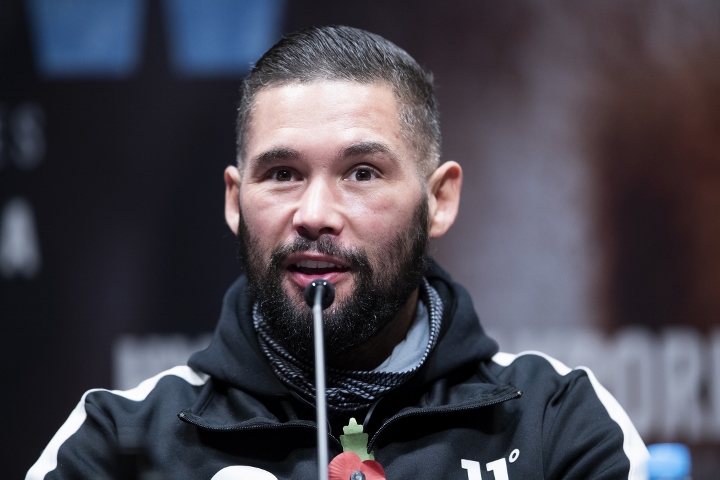 The Mayweather-McGregor pay-per-view generated more than 4 million pay-per-view purchases - the second highest figure in combat sports history. Mayweather claims to have earned $300 million for the fight, with McGregor claiming to have brought home close to a $100 million.

Because of the financial figures, there was an immediate stampede where recognizable names from boxing and MMA were calling each other out.

Former world champion Tony Bellew has a few boxing names in mind, who could make the jump to MMA and do well.

At the top of his list is highly rated heavyweight contender Dillian Whyte - a former kickboxing champion, and a rapid first round knockout win in his only MMA bout.

"I would take Dillian definitely as one," explained Bellew on Talk The Talk.

"Who else I’d take, which might be a surprise, but I know he’s not daft, would be Del Boy [Derek Chisora]. If you get in a ruck with Del Boy, I’m telling you now he’s not daft. and nobody’s going to pick him up like a rag doll. David Haye can actually wrestle as well, but I’ll have to put myself over David Haye so it would be me [as the third name]."

If the money is right, Whyte has already expressed his willingness to cross over to the UFC's cage.

"I would fight in the UFC, definitely, no problem," Whyte told the Sun.

"Ideally I’d want to fight someone in a UFC fight and a boxing match, one of each, either way round, Dana White can hit me up anytime. I would fight Stipe Miocic, you just have to keep him moving. I know he would try to take me down but I might put him to sleep before he gets the chance. I’ll fight Francis Ngannou too, he would be my ideal fight, he’s the man but he’s got no chin."

[QUOTE=VatoMulatto;20563955]As much as I dislike him...I'd have to say Baby Miller! He's a former kickboxer.[/QUOTE] I don't think he can make the 265 heavyweight limit hell if we are going off last fights I don't think Dillian can make it…

As much as I dislike him...I'd have to say Baby Miller! He's a former kickboxer.

[QUOTE=Marchegiano;20562556]Oh I see, should have read more carefully, on me bud.[/QUOTE] no worries

[QUOTE=Roadblock;20560293]What would you say wins the most UFC fights , TKO KOs with fists, or submissions.[/QUOTE] I'm pretty sure its TKOs, but even if that's the case, theres lots of caveats to that. Take down defence, submission defence, and the…