In the last few weeks, Dillian Whyte and UFC heavyweight banger Francis Ngannou have exchanged words through the press.

Promoter Eddie Hearn, who works with Whyte, likes the idea of a cross-sport fight against Ngannou. He plans to discuss the possibility of that bout with UFC President Dana White.

In a recent interview, Joe Joyce's manager, Sam Jones, explained that earlier this year his boxer had a very competitive eight round sparring match with Ngannou. 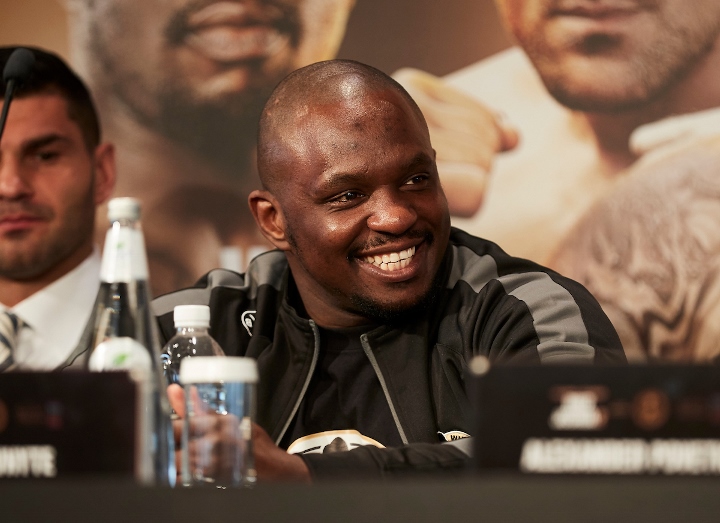 Jones warned that Ngannou hits very hard and is capable of boxing at a very high level.

Bellew disagrees. He doesn't give the UFC star any chance of victory.

As far as having them fight in mixed martial arts, Bellew gives Ngannou the edge, by a 60-40 margin.

"In a cage? I make it 60-40 in Ngannou's favour because he has experience with small gloves," Bellew said.

"Dillian is massively improved, he's not 18-years-old swinging for the lights. He is established and ready to be world champion. The most improved heavyweight. He massively deserves his shot. He is someone I enjoy watching - like an old-school fighter he'd fight anyone, anywhere.

"But you're on a hiding to nothing [in MMA] if you fight someone who is pretty good on the floor. I give Dillian every chance in a cage. It is easy pickings for him in a boxing match, a one-sided beating. In a cage Ngannou is the favourite but I give Whyte the greatest chance of any boxer going into a cage. It's a great match-up because Ngannou isn't a great wrestler, he doesn't go to the ground much, he just has a fight with his fists. Dillian is on another level with his punches. If Ngannou thinks he hits hard, believe me, that if Dillian hits anyone with 4oz gloves they will go to sleep straight away."

[QUOTE=Lenharvey;20585278]Yeah but Haye’s body was broken, and weren’t they PPV fights? They definitely weren’t worthy of being PPV. He made the most of his talent but money wise he punched above his weight. And he’s a crashing bore going on…

But all dem units doe

[QUOTE=Kannabis Kid;20585264]He is a moron I'll agree with you there but I think his paydays were well deserved he beat Makabu and that fight was 50-50 then he moved up to fight Haye a fight everyone thought he was going…

[QUOTE=Lenharvey;20584430]For a guy who begged the press to leave him alone and said he wasn’t interested in being in the public eye Bellend sure does talk a lot and get himself on TV. He’s a total moron. Didn’t even deserve…

It's funny because I read the newpaper article about the sparring at the time and Joyce said Francis was strong and hit hard but basically couldn't box to save hes life. Jones is so freckin annoying. He's right up there…