Former cruiserweight world champion Tony Bellew is shaking his head at some of the recent statements that were made by WBC heavyweight champion Tyson Fury.

In an interview conducted earlier this month, Fury explained that he and Deontay Wilder are the two best heavyweights in the the weight class - a level above everyone else, including the unified WBA, IBF, IBO, WBO champion Anthony Joshua.

“I think [Joshua is] a third-tier heavyweight. I think there’s me and Wilder that can easily beat them all. And I do put Oleksandr Usyk up there too because he’s a fleet-footed southpaw.But Joshua, I’ve said it many times, all these other heavyweights can beat each other, as we’ve seen," Fury told Talk Sport. 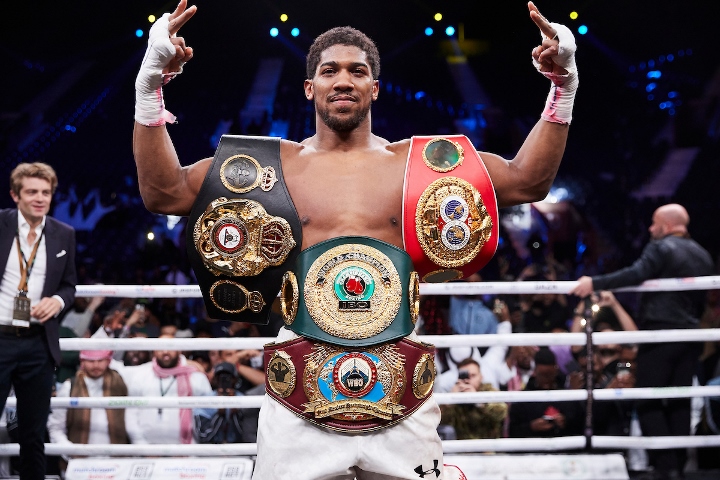 He considers Joshua to be a much better fighter than Wilder.

“He’s talking nonsense when he says that it’s only between him and Wilder, and everybody else is on another level. Let’s just get something straight - Wilder was desperate against Luis Ortiz and he is about 95 years old," Bellew told Talk Sport.

“It’s ridiculous what he’s saying, we all know Wilder is a one-trick pony. Don’t get me wrong, it’s a hell of a trick. It the trick lands, you wake up in an ambulance. But make no mistakes about it, Joshua is far better than Wilder. Far better.

‘Everything he does is better. The only attribute Wilder has over all these guys is one-punch power. But there’s no point in having that if he hasn’t got the skillset to land it, and he clearly hasn’t. It’s bravado coming from Tyson. I’ve got all respect for him, he is right now the number one heavyweight in the world, no one can dispute that. But make no mistake, Joshua is only getting better. This is a guy with limited experience who achieved everything at the speed of light. Olympic champion, world champion, unified world champion. Every single person he’s faced, he’s beaten.”

If Fury wins his upcoming trilogy bout with Wilder, which may happen in December or in early 2021, and if Joshua wins his mandatory defense with Kubrat Pulev in December - then the two champions would be in line to collide next year.

[QUOTE=TMLT87;20803500]Hes obviously a better all round boxer than Wilder but not to the extent that he will actually be able to outbox Fury for long spells, plus he doesnt have the same long distance sniper bullet one shot out of…

[QUOTE=Angeljuice;20808060]Not serious and not accurate, like your assessment of the man.[/QUOTE] Absolutely.. zzZzz

[QUOTE=Marvlus Marv;20805078]Go back to sleep you boring cnt. It was a psstake on Bellewisms. Doesn't matter if it was accurate or not as it wasn't meant to be serious. I've lost your boring azz, haven't I? "Not serious? Umm, I…