Barthelemy: If Robert Easter Wants a War - We'll Have a War

Former two-division world champion Rances Barthelemy is prepared to go to war this Saturday, April 27 live on Showtime The Chelsea inside of The Cosmopolitan of Las Vegas.

Barthelemy faces off against former champion Robert Easter Jr. for the vacant WBA lightweight title in the main event.

The WBA's super champion at the weight is Vasiliy Lomachenko, and the winner will be one step closer to facing him. 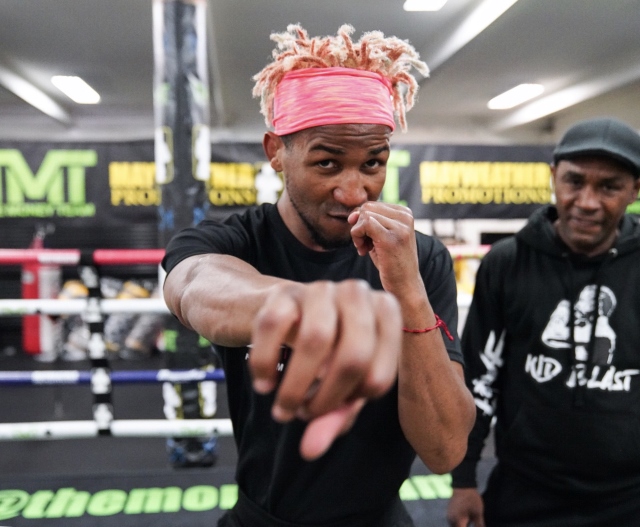 Both Barthelemy and Easter are at the crossroads - and neither can afford a loss. Both tasted harsh defeats in 2018.

"The key thing for me to get back to the top, is to get back to my roots. It's about using what made me a champion and getting back to that. We've gone back to our Cuban roots in training with Joel Casamayor and left any distractions behind. You'll see all of that in my performance on Saturday night," Barthelemy said.

"Easter and myself are both on the road to redemption coming off of our first defeats. I expect the same Robert Easter Jr. that I've seen on tape. He comes forward and tries to fight it out. There's nothing overly impressive about him to me. I'm ready for whatever Robert Easter Jr. wants. If he wants a war, we'll have a war. Everyone knows I've never backed down, but I'm going to win this fight with the intelligence that made me a world champion.

"To the Cuban people, this will be my best fight and and a strong performance for the Cuban boxing community. I'm going to focus and work hard like us Cubans always have since we were born. I had to grow up through hardships and I've worked to show that anything is possible coming from Cuba."

[QUOTE=otrocubiche;19689293]there will be more hugs and posturing than punches[/QUOTE] I haven’t seen Easter fight, but Barthelemy likes to mix it up. I don’t think it’s just talk from him. And if Rances knows what’s good for him, he’ll go all…

Considering how bad each needs a "name" victory, I actually would not be surprised to see these two put it all on the line. The winner will get some more big money fights, the loser is regulated to some serious…

there will be more hugs and posturing than punches

This is it for Barthelemy! Win or go home! Easter Jr. has room to grow, but he should be of the same mind set as Barthelemy! We'll see who wants it most! Looking forward to this one!