Barry Hearn: Deontay Wilder is One of Three Choices For Joshua

Barry Hearn says a fight with Deontay Wilder is "one of three main choices" for Anthony Joshua and expects the Brit to make his choice in the next 10 days.

Joshua's promoter (and Barry's son) Eddie Hearn was left frustrated when he was unable to arrange talks with Wilder's team in New York last week after labeling the WBC champion's $50 million offer for a unification bout a PR stunt.

Hearn junior revealed he is considering making a counterproposal this week, but his father said Wilder will not necessarily be the next opponent for the undefeated WBO, WBA, IBO and IBF strap holder. 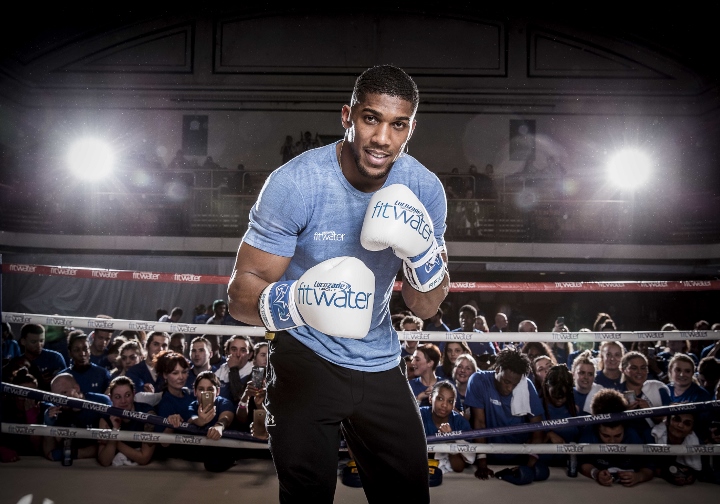 "He has a choice. I think his preference is Alexander Povetkin for his mandatory, Jarrell Miller is in the top five, and Deontay Wilder.

"They're his three main choices and I expect him to make his mind up in the next seven to 10 days. He's a smart young man and the final decision is always made by him."

Hearn senior reiterated his son's stance over an offer Wilder made in an email last week.

Povetkin and Joshua has already been ordered by the World Boxing Association, but no concrete purse bid date has been set down. Miller fought last Saturday night at Barclays Center in Brooklyn, where he dominated Johann Duhaupas over twelve rounds of action to win a wide twelve round decision. Eddie Hearn promoted the card where Miller was featured.

And unless a deal with Joshua is reached, Wilder will likely move forward with a mandatory world title defense against Dominic Breazeale in the summer.

AJ is not stupid, he won`t fight Miller and risk to get striped. Options are Povetkin and Wilder only.

[QUOTE=Jimmy gold;18730362]Ok but look the thing is no one really knew who wilder was like maybe 2 or 3 years ago until fought for the tittle and started calling out AJ.While Joshua has been doing all the work collecting most…

[QUOTE=uppercut510;18730243]the HW division has not been this hot division you all are making it out to be, everyone who matters is just now establishing themselves. all I can do as a fan is focus on now, wilder was in a…

[QUOTE=Jimmy gold;18730116]What do call all the guys that defend wilder about him knocking out mike Tyson in his prime about catching a body and all that nonsense he says ? 40 fights at age what 32 vast majority unknowns whants…