SAN ANTONIO – Travell Mazion had just knocked out his opponent in the first round at Alamodome on January 11.

As Mazion made his way from the ring toward his dressing room, the unbeaten junior middleweight prospect spotted Mario Barrios. Mazion moved his way through the crowd to greet his friend.

“He had a sensational knockout and even with the sensational knockout, he cut through the crowd to find me and still congratulate me on my past win,” Barrios recalled during an interview with BoxingScene.com. “And I was like, ‘Dude, you just knocked this dude out!’ It was awesome.”

It was the last time Barrios ever saw Mazion. 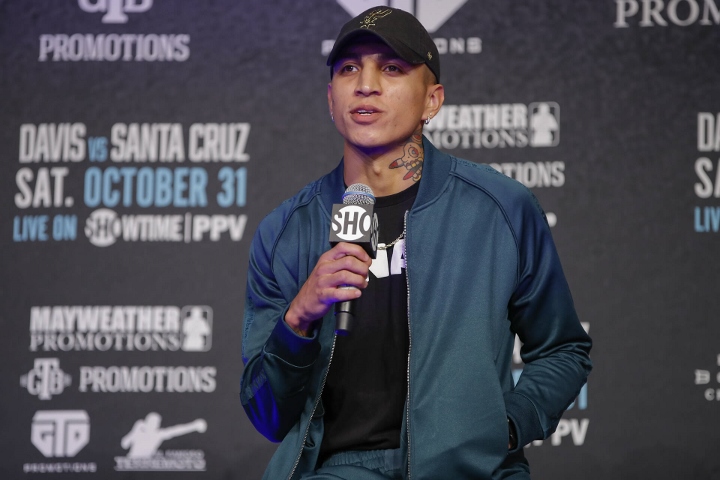 On the night of July 15, Mazion died from injuries suffered in a car accident in Cedar Park, Texas, near Mazion’s hometown of Austin. Mazion’s car crossed a median that night and crashed head-on into a vehicle driven by Richard Salter.

“It was devastating news,” Barrios said. “Me and Travell, man, we fought five times in the amateurs. I won four of the five, but me and Travell were very good friends. After my last fight, he was one of the first people to message me and to congratulate me [for a unanimous-decision win over Batyr Akhmedov 13 months ago].”

“That’s where he fought last,” Barrios said. “That’s where I last saw him, got to talk to him. I’m dedicating it to him. … I’m honoring him. I’m gonna be wearing his name on my waistband. It’s probably gonna hit me a lot more when I’m there, at the fight. But training has been good. I’ve been super-focused and I’m very excited to go out there and represent my friend when I step in that ring.”

Mazion, who had a contract with Golden Boy Promotions, went 17-0 and produced 13 knockouts during a pro career that spanned seven years. It saddens Barrios to be left wondering what Mazion could’ve accomplished.

“Honestly, the possibilities seemed endless for him, especially with his last performance,” Barrios said. “He was a great boxer. He could fight on the inside. He had good height for his weight. He had a lot of power. I believe he was a complete fighter. He could really do it all. He had always been that type of fighter. … But I truly believe the possibilities were endless for him. Just when it seemed he was getting right up there as well, that tragedy hit.”

I didn't realize that another individual died from the Mazion accident. Incredibly sad that he lost his life as well.

What a damn loss in Mazion. Too young and too much going for himself. I watched all his televised fights and it still shocks me. Pat Day too. All you heard about was how nice and congenial these two guys…