He fought to a draw with Adonis Stevenson in 2018, and then lost decisions to Marcus Browne and Jean Pascal in 2019. 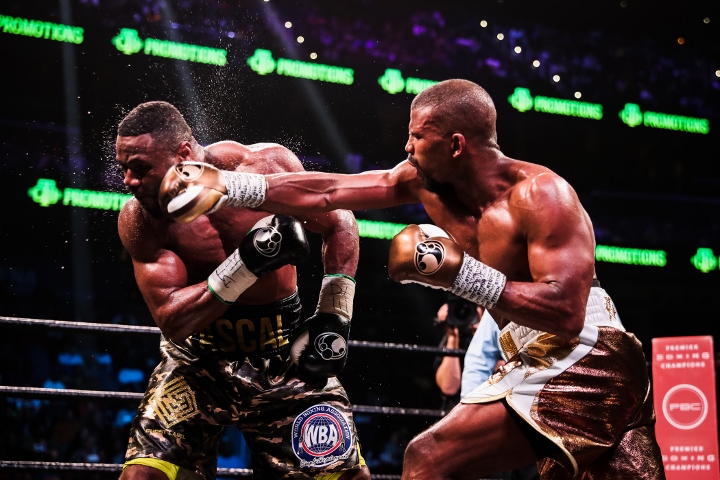 Jack is now looking to get right back in the ring with Pascal, in a rematch clash which may take place in the fall.

Banks believes his new charge won the first contest with Pascal - and he expects him to win the second meeting.

"I've just begun training Badou Jack and I am really enjoying working with Badou. He is such a talented fighter and I believe he can no doubt become world champion once again. I would love the Pascal rematch for Badou. I believe he won the first fight and if the fight was to come around again I would love for Badou to fight Pascal again and I am confident Badou would win in even better fashion this time around," Banks said.

Banks continued discussing his recent work as a trainer, as he discussed the success of arguably the greatest woman fighter of all time, Cecilia Braekhus, who is hoping to return to the ring in the near future.

"I agree with you that Cecilia Braekhus is the greatest woman of all time. She really is and she has the accolades to prove that winning the WBA, WBO, IBF, WBC, and IBO world titles. I really enjoyed training Cecilia Braekhus and we had some great times together. I am very proud of being part of her amazing career and I wish her nothing but the best in her career," Banks said.

[QUOTE=ShoulderRoll;20595506]I know where Banks is from. He has Kronk lineage. But I have not been impressed with his work as of late. That's why I said that if a fighter wanted a trainer with Kronk lineage why not try SugarHill…

[QUOTE=hitmanjosh;20595099]Where in the hell you think Jonathan Banks from? Andy not from Detroit and Sugar Hill is a trainer but Detroit has in the past had dozens of good trainers and they were not all at Kronk either. Johnathan was…

[QUOTE=ShoulderRoll;20594313]At this point if you want a trainer with some Kronk lineage why wouldn't you go with SugarHill Steward and Andy Lee?[/QUOTE] Where in the hell you think Jonathan Banks from? Andy not from Detroit and Sugar Hill is a…

Have to put forth there effort Banks is a student of boxing and has spent many years learning the craft as a fighter sparring partners to heavyweight champions and packed a hellava punch himself so for the haters on here,…