Arum On ESPN, Top Rank Return: If We F--k It Up, It’s Gonna Be Bad For Boxing

Bob Arum advised anyone dissatisfied with the June fights ESPN and Top Rank have announced thus far to remain patient.

The 88-year-old promoter’s company encountered unprecedented problems while putting together cards that ESPN will air throughout June, mostly on Tuesday nights and Thursday nights. Extensive COVID-19 testing for everyone involved in those shows is an enormous expense promoters and networks never have encountered, which impacted Top Rank’s budget for making fights for these upcoming cards.

Arum’s matchmakers also were limited, at least in the short term, to matching fighters who either live and/or train in the United States and Puerto Rico based on travel restrictions throughout the world (https://www.boxingscene.com/navarrete-greer-andrew-moloney-headline-top-rank-espn-shows-june--149201). 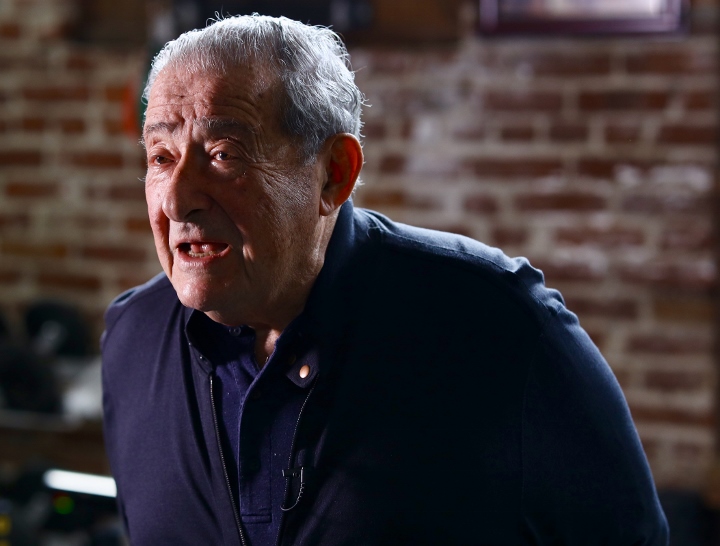 On Tuesday night, ESPN will televise the first live boxing card in the United States since Showtime aired fights March 13 from Hinckley, Minnesota. In the main event June 9, WBO featherweight champion Shakur Stevenson (13-0, 7 KOs) will oppose Puerto Rico’s Felix Caraballo (13-1-2, 9 KOs) in a 10-round, non-title fight that’ll be contested at the junior lightweight limit of 130 pounds.

Stevenson, a 2016 Olympic silver medalist from Newark, New Jersey, was supposed to make his first title defense against Colombia’s Miguel Marriaga (29-3, 25 KOs) on March 14 at Madison Square Garden’s Hulu Theater in New York. The Stevenson-Marriaga card was canceled the night of March 12, at the start of the coronavirus crisis.

“It’s one step at a time,” Arum told BoxingScene.com. “You can’t really start with complicated title fights because it requires working with the organization, with their supervisors, how they’re gonna score the fights. So, we’re gonna deal with that. But we have enough on our plate to start the first two weeks with non-title fights. By the third week, we’ll be doing some more world title fights and more in July. And probably by August, we’ll be doing some big heavyweight fights and significant world title fights. But again, people have got to understand that we don’t have experience in what we’re doing here. Nobody does. And we’ve gotta take one step at a time.”

Arum’s company has worked closely with the Nevada State Athletic Commission to implement safety protocols that’ll make it as harmless as possible for the boxers and the other limited number of people working those events.

With Top Rank current stable even before the corona virus was thin and they don’t have a lot of meaningful fights. Espn + boxing is atrocious, the app is great with all other sports content but boxing is trash. I…

I understand Bob Arum concern and make sense. We have to be patience before we see the fights we want, but for now, I am super happy boxing is coming Tuesday, June 9 and that is the important thing now.…

[QUOTE=texasboi15;20591585][B]UFC already made the protocol. Jus follow Dana and they'll be fine. UFC has put on 4 events in the past 3 weeks. The protocol caught the one fighter w/ covid-19 and removed him from the card. The system works.…

[QUOTE=texasboi15;20591585][B]UFC already made the protocol. Jus follow Dana and they'll be fine. UFC has put on 4 events in the past 3 weeks. The protocol caught the one fighter w/ covid-19 and removed him from the card. The system works.…

I really hope we see all the big fights sooner than later. It’s beyond old seeing these mismatch fights all the time.