Arum: Haymon Doesn't Want To Risk His Boxers Losing To Ours!

Haymon and Arum have been at odds for a very long time and rarely come together to make big fights.

Their respective companies have exclusive content deals with rival networks. Haymon has deals with Showtime and FOX Sports, while Arum's company is aligned with ESPN. 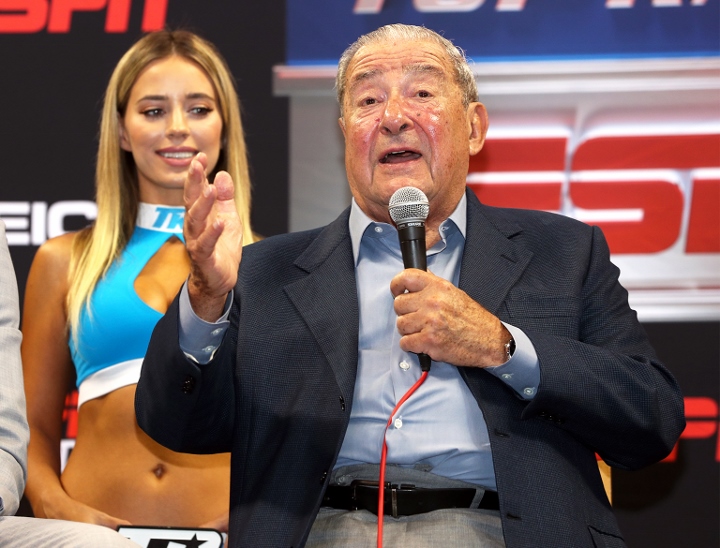 The most recent snafu took place in the heavyweight division.

WBC world champion Deontay Wilder, who is managed by Haymon, was close to finalizing a rematch with Tyson Fury - but then Fury signed a co-promotional agreement with Top Rank and ESPN.

Fury's deal with ESPN made the rematch negotiations a bit more complicated and the negotiations eventually fell apart after ESPN felt it was better to have the British boxer take an interim-fight.

"The truth is, Haymon doesn't want dialogue, Haymon wants an island onto himself. That's his strategy. He doesn't want to operate with other promoters. But that's his choice and he's not violating any law if he does that."

One of the biggest fights that Arum and Haymon could make - is a welterweight unification between Terence Crawford and Errol Spence.

"I can make a deal in five minutes that's fair with Haymon, but I don't think Haymon wants to do it. There is a whole psychological thing, where he doesn't want to risk his fighters losing to our fighters," Arum said.

Yeah cause it was the paccman fight

I meant to say pac man