Arum Explains Why Crawford is Being Featured on ESPN+

For American boxing fans to be able to watch this weekend's bout between WBO welterweight champion Jeff Horn (18-0-1, 12 KOs) and mandatory Terence Crawford (32-0, 23 KOs), you will to need to subscribe to the the ESPN+ app.

Crawford is considered one of the premiere boxers in the sport and it's clear that the network wanted to showcase him on this new platform.

Bob Arum, the head of Top Rank, explained the decision to BoxingScene.com - "The fight was postponed and when we revised our deal with ESPN to take into account the digital platform. We wanted to really, in effect, start with a blockbuster. And Crawford is the poster boy of ESPN. They have really embraced him, made a fuss over him." 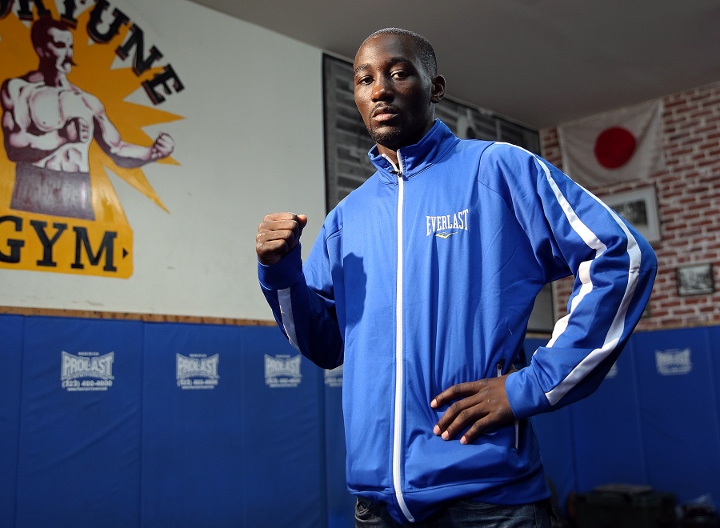 For the network Crawford would be an ideal figure to help drive subscriptions to this app that costs $4.99 a month and features live bouts and the vast Top Rank archive of past fights, along with other original programming.

"It's not a question of who's a better fighter, he or Lomachenko," continued Arum. "But he's the American, he's the Midwesterner, it fits into their demographics and so they wanted to showcase him this fight where he's trying to claim a third title in a third weight division, was one that ESPN latched onto.

Horn will be making the second defense of the title that he captured from Pacquiao, after winning a voluntary defense over Gary Corcoran last December.

And Crawford make his welterweight debut after unifying the entire junior welterweight division with a knockout of Julius Indongo to unite the WBA, WBC, WBO, IBF belts.

The ESPN+ broadcast from the MGM Grand in Las Vegas begins at 10 pm, ET/7 pm, PT.

[QUOTE=Butch.McRae;18837410]I use Showtime's app for more than boxing. That's my point. Their boxing offering isn't strong enough to warrant the purchase right now and the other content is trashy. They need to get some NBA, NFL, and college football games…

I like the boxing content on the app. First app i ever bought lol. Gonna get the showtime,app as well now. Anyway alot of neat boxing shows and camplife sh1t

[QUOTE=Butch.McRae;18837401]There's not enough content to care about buying this. That's the problem.[/QUOTE] Ya'll aint listening to a word I'm saying. smh. I worked in the field for 15 years and still do a lil work in it. It's not about…

[QUOTE=killakali;18837148]look at it this way fam. The cost of the app is less than half of Showtime and shows more fights. You get at least 2-3 cards a month plus the entire undercard of the regular ESPN cards. And they…