Artur Beterbiev Aims To Be "More Careful" Against Joe Smith

Artur Beterbiev (13-0, 13 KOs), the IBF lightweight heavyweight champion, admits that he will have very little time to rest.

Beterbiev will make the second defense of his world title against Joe Smith on December 15th, as part of the undercard to Canelo Alvarez vs. Rocky Fielding at Madison Square Garden in New York City.

Just a few short weeks ago in Boston, Beterbiev was forced to get off the floor to secure a fourth round knockout of Callum Johnson. 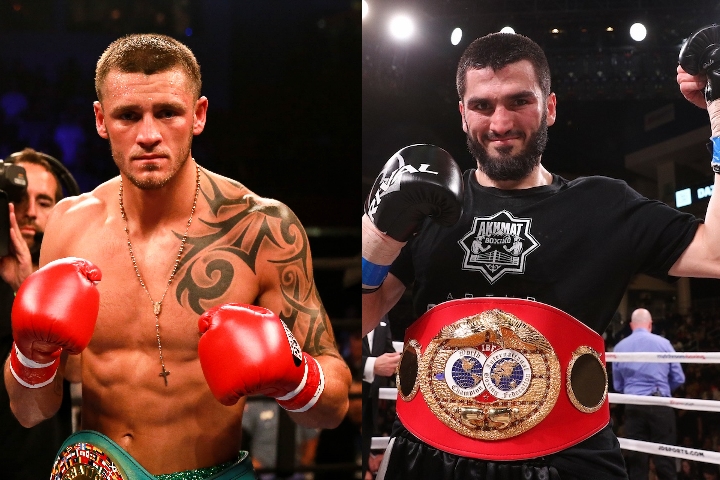 In Smith, Beterbiev faces another game fighter who punches hard and likes to trade big punches.

"The deadline is short, but I will be ready," Beterbiev told The Montreal Journal. "Smith is a good boxer who bangs hard. He looks a lot like Callum Johnson. I will try to be more careful."

Beterbiev does not regret being dropped by Johnson and believes that he learned a big lesson in getting a little too overconfident.

"It can happen to all fighters, but of course I did not like that. It was a surprise for me. But you saw what happened next. I'm glad it happened because it's a good experience for me," Beterbiev said.

As for Smith, Beterbiev's head coach Marc Ramsay sees "a lot of similarities" between the two pugilists.

He gives Smith a physical edge over Johnson. Overall the coach is happy to see his fighter get back in the ring very quickly.

"What makes me happy is to see him active. I'm really happy he's fighting right away. Before, he did not fight often enough and it was harmful for him. We will not hide due to his age we will not take detours, we are going in a straight line and we will face the best."

I'm glad Beterbiev seems to be restarting his career with more activity, and I think this fight will be more of an eye test for Smith Jr, who became an overnight sensation then forgotten just as quickly again after a…

It seems to be becoming apparent, that Artur is his own worst enemy outside of the ring. I could understand if he was fighting Stevenson, Gvozdyk, Bivol, Alvarez, Kovalev or Jack even Sullivan Barrera but not Joe Smith. He should…

Lol Johnson is better than joe smith, smith wont cause him any problems atall

Hesrd the fight might be off due to time to prepare and also 💰 issue...when it was announced I was thinking dam that was quick after the war he had with Callum...he went to Russia for 10 days after the…

If he fix his Defense and Head Movement he dominates 175, if not then he ultimately gets shocked and stop and it could be by a Joe Smith who does have the Power to knock him out