The 49-year-old was taken into custody in Florida around 7 PM -- he was booked and spent the night in jail. He was released around 7 PM Tuesday evening. 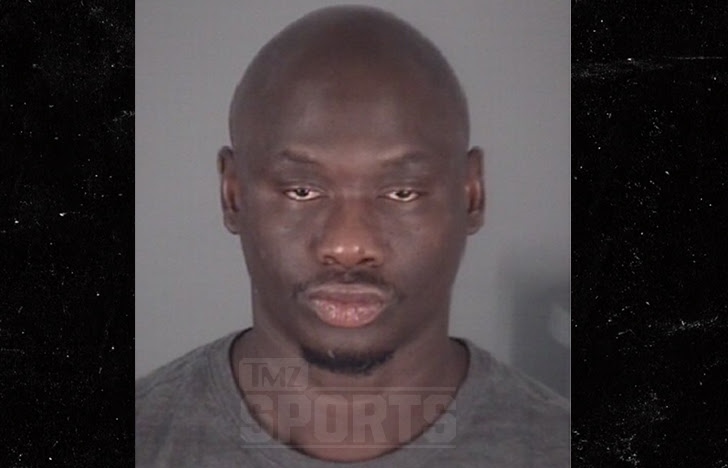 According to the police report, cops responded to a home in Florida on Monday around 4:45 PM -- after 18-year-old Aziya Taylor called 911.

When cops arrived, they say Taylor was bleeding from his mouth -- and said he had been attacked by Tarver, who he identified as his "stepfather."

Aziya told police the altercation with Tarver began earlier that day when they went to breakfast at Waffle House, but Aziya didn't have enough cash to cover the meal.

When they got back to the house, Aziya said Tarver "bum-rushed" him and struck him in the face.

Aziya says Tarver punched him again and then threw him into the garage and locked the door. Aziya says he escaped and called police.

Cops also spoke with Tarver -- who acknowledged an altercation with Aziya but denied punching him -- instead he says the guy busted his lip when he "tripped and fell" during the tussle.

Tarver has had a history with the law -- he was arrested back in 2014 stemming from an unpaid gambling debt at the Wynn hotel and casino in Vegas.

Tarver was one of boxing's biggest stars a decade ago -- winning multiple belts and chalking up impressive victories over stars like Roy Jones Jr.

He also starred as Mason "The Line" Dixon in the 2006 "Rocky Balboa" motion picture.

After a solid run at light heavyweight, Tarver's career took a turn for the worse at cruiserweight and heavyweight.

He fought to draw with Lateef Kayode in 2012, but afterwards it revealed that Tarver tested positive for a banned steroid and the contest was overturned to a no-decision. Tarver suffered a suspension.

He returned the following year as a heavyweight. Two fights later, when he fought to a draw with Cunningham, it was revealed afterwards that Tarver once again tested positive for a banned substance.

He was scheduled to fight earlier this year with Travis Kaufman, but there were issues with getting his license approved for the contest.

[QUOTE=markther;19025774]Let’s stick to what I said. I will post it again and we will do those calculations. Someone commented on black kids being more disrespectful than kids of any other race. So I specifically focused on MASS SHOOTINGS. You brought…

[QUOTE=markther;19024654]And “some” white kids shoot up schools, mass murder groups of people, kill people in their families, and kill themselves. Historically.... Of 95 mass shootings carried out in the US between 1982 and 2017, 92 of the perpetrators were male.…

[QUOTE=royjonesjrKTFO;19024635]I agree, black kids are the most disrespectful kids in the world.[/QUOTE] And “some” white kids shoot up schools, mass murder groups of people, kill people in their families, and kill themselves. Historically.... Of 95 mass shootings carried out in…