Heavyweight contender Andy Ruiz shocked the world, dropping the lethargic Anthony Joshua 4 times in seven rounds. Ruiz had a 39-23 edge in power connects. Joshua managed to land an average of just 7 of 25 punches per round. 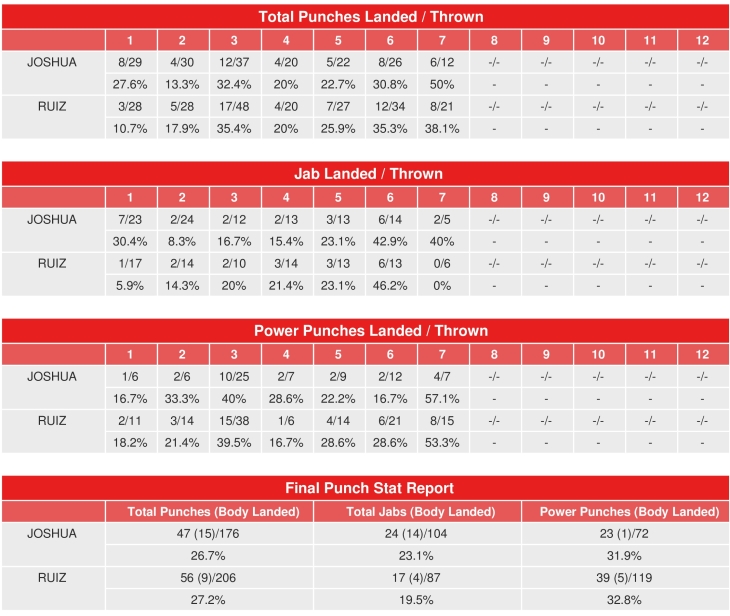 Ruiz was a late replacement for Jarrell Miller, who was pulled from the bout after failing three pre-fight drug tests. Ruiz was in action on April 20, when he stopped Alexander Dimitrenko in five rounds.

Joshua has been out of the ring since last September, when he battered and stopped Alexander Povetkin in the seventh round.

Joshua is more like Razor Ruddock than Bruno. Bruno worked off a jab, Joshua is more about big power shots like Ruddock. I do rate Joshua above Bruno and Ruddock overall.

The output from both guys is pretty low to be honest. Big Baby Miller would've been a nightmare for AJ as well.

Lol... Oh lord this universe is something else. Told y’all AJ fighting so many bums, his day of reckoning was coming.