Anthony Joshua On Dealing With Criticism: "It's Hard To Ignore It"

As the unified heavyweight champion of the world, Anthony Joshua has had to deal with highs and lows over the last thirteen-plus months.

In June 2019, he shockingly was stopped by Andy Ruiz in the biggest heavyweight upset since Buster Douglas knocked out Mike Tyson.

A focused, determined and leaner Joshua returned in December to face Ruiz in a rematch and ended up scoring a calculated unanimous decision victory to win back his WBO, WBA, IBF and IBO titles. 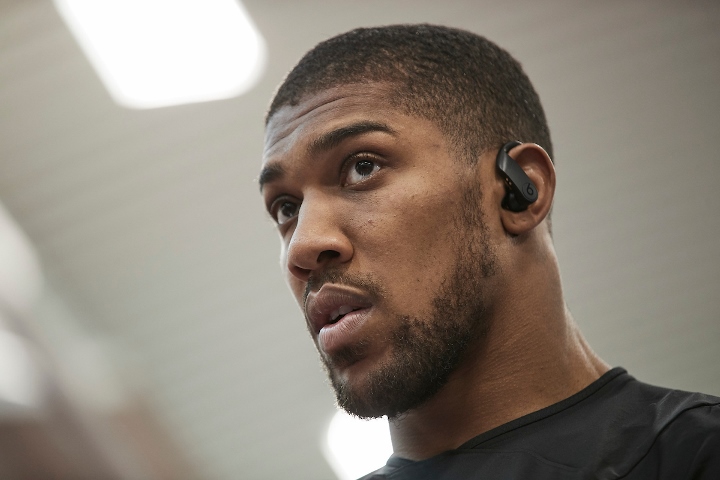 Since suffering his only career loss, Joshua (23-1, 21 KOs) has had to deal with a lot of negative comments and criticism from fans across the globe.

“I think that it’s hard to ignore it. I’m not going to lie and say that I don’t pay attention to any of that, because it’s impossible not to see [the criticism],” Joshua told Men’s Health. “I started my social media on my own and, even though it has turned into a business page, I still handle a lot of it myself.

“I think that it’s fine to have doubters, as long as you don’t believe what they’re saying the whole time. You have to prove your doubters wrong. When they don’t believe, you should always believe. The doubters aren’t always bad, either. You just have to try to find something positive out of it. They might say, ‘You’re s--t, and you’re going to get knocked out because your hands are too low’ – and I would think, ‘That’s a good indication I’ve got to keep my left hand up.’ I use the doubters as a positive factor, not as a negative one.

Joshua also commented on his grace-saving performance against Ruiz in Saudi Arabia, as he reinserted himself back atop the heavyweight food chain.

“I think it’s all about adapting. Different circumstances require different preparation. It was the same war, but I had learned a lot from the first battle,” said Joshua. “Ruiz isn’t the type of fighter that you go head to head with. For the first fight, I was planning on going in there and trading with him. But there’s an old boxing saying: ‘You don’t hook with a hooker!’ So, what did I do? I went in there and hooked with a hooker and the actual hooker came out on top.

“In the second fight, I went in there and he tried to box with a boxer. And I came out on top. I had to learn what my strengths were and what his weaknesses were, and then I just boxed to those. That’s your basic foundation: never play to someone else’s strengths. In anything you do, everyone has their own strengths. If you play to theirs rather than yours, they are always going to come off better than you in the long run.”

[QUOTE=Griever0730;20695432]How you countering my argument? You just stated most of the stuff I did. Whether he's got a weak chin, too much muscles(which he cut some muscle for the second fight if you ain't notice), ain't pretty enough for you,…

Joshua is weak minded. Stupid and self doubting. Not a good combo unless you're Eddie Hearn, that man will have the likes of AJ wrapped around his finger.

[QUOTE=Silver Spear;20694530]I am not claiming it was AJ's fault that Ruiz was not prepared. I am countering your argument about AJ looking good and beating him easy. Anyone would have beaten Ruiz easy that night so saying AJ looked good…

[QUOTE=Jkp;20693912]He won those belts from the fattest athlete in professional sport, who forgot to train. Hardly an achievement. It's up there with Charles Martin world title winning fight.[/QUOTE] You wrong bruh. He beat Martin for the IBF. If you wanna…

[QUOTE=Smash;20692617]who needs a trainer when all u need is doubters :D in the rematch u boxed with a hooker not with a boxer and thats why u won[/QUOTE] AJ is a frontrunner. He ran entire night against Lil Ruiz and…