Former WBA, IBO, IBF, WBO world heavyweight champion Andy Ruiz returned to training this week to start getting in shape, with the possibility of a fight for the month of September.

Ruiz has been inactive since December 2019, when he lost his world titles by way of a twelve round unanimous decision at the hands of Anthony Joshua in Saudi Arabia. Six months earlier, Ruiz stopped Joshua in seven rounds to capture the belts in a major shocker.

The return of Mexico's first heavyweight champion has been delayed by the ongoing coronavirus pandemic. 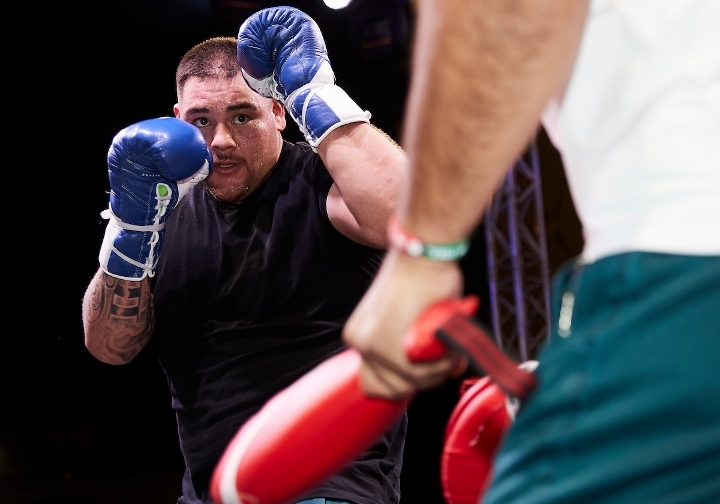 According to ESPN Deportes, Ruiz (33-2, 22 KO) started working in Las Vegas with the help of Mexican coach Jorge Capetillo, who explained that he will be helping Andy to start picking up the pace - to avoid the scenario of Ruiz starting from scratch with Eddy Reynoso.

Reynoso will be the new head trainer of Ruiz, who decided to end the working relationship he had with Manny Robles.

Ruiz would be fighting under the Premier Boxing Champions banner in the month of September. And the opponent is unknown, although Ruiz wants a decent foe to prepare himself for a much bigger opportunity in the near future.

The fight will also be a test of the working relationship between Ruiz and Reynoso.

Although Robles led Ruiz to the world titles, there was a lot of controversy after that stunning fight. Ruiz decided to party for two months, gained a lot of weight and entered training camp too late. All of those factors contributed to Ruiz's downfall in the rematch with Joshua.

I thought he was going to be a Sumo wrestler.

Aside from not being good enough to sustain success, The lads not got the dedication to be an athlete constantly at the top of his game.. he's made his coin and he seems chuffed with that. Few fights off the…

Ruiz Jr has talent but lacks the dedication and mindset. I don't think we will see him do much more now, guys like him sometimes they have these brief periods when they are mentally "on" then they switch off and…

[B][U]Not good enough, [/U][/B]should of been training 1 week after the Joshua rematch. Boxing should be a 365 day per year shift.