Andy Ruiz: I Want A Shot At Tyson Fury For The WBC Title

He’s still waiting on a trainer, opponent and firm fight date—but other than that, Andy Ruiz has a clear 2020 vision.

The former unified heavyweight titlist has begun to make the rounds to discuss his plans to return to glory. A history-making 7th round knockout of England’s Anthony Joshua (23-1, 21KOs) saw his run as the first-ever Mexican to win a piece of the heavyweight crown last just six month, showing up grossly out of shape in conceding the belts in a lopsided 12-round loss last December in Riyadh, Saudi Arabia.

By his own admission, corners were cut and discipline sorely lacking heading into his failed title defense. Sweeping changes have since been made, including his parting ways with Manny Robles—who was never the problem, but for Ruiz apparently is no longer the solution. One big adjustment he promises to make, is to not wait until he has a fight scheduled to think about getting into shape.

“I want to start camp now and that's what I posted on my Instagram. I want to train now,” California’s Ruiz (33-2, 22KOs) told Fox Sports’ Kate Abdo during the most recent installment of Inside PBC Boxing on FS1.  “Right now I want to focus on myself.” 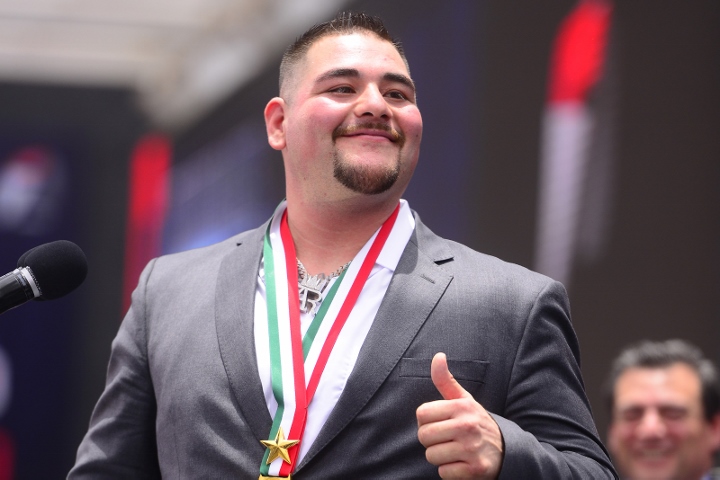 As for when he can focus on a fight date, the 30-year old has his sights on a summertime comeback. By then, a new trainer should have been secured along with his plans to shrink back down to a 250-pound uniform. From there, will come the type of fights that—as long as he wins—can land him back in the title mix.

“I want to fight in August. They mentioned (veteran heavyweight contender Luis) Ortiz, but I think I want to have a fight before I fight Ortiz. If not, if Tyson Fury is looking for somebody... I just want to get a fight and then get to the big fight.”

England’s Fury (30-0-1, 21KOs) is now where Ruiz was, having reclaimed his place as the World heavyweight king following a one-sided 7th round knockout of Deontay Wilder in their February 22 rematch at the MGM Grand Garden Arena in Las Vegas.

The bout came nearly 15 months after the two fought to a controversial split decision draw, the night ending with Fury becoming the first undefeated boxer in history to twice win the World (lineal) heavyweight championship. He is also the first ever fighter to dethrone two champions who’ve made 10 or more consecutive title defenses—having also ended Wladimir Klitschko’s reign which spanned 9 ½ years and 18 successful defenses.

For now, Alabama’s Wilder (42-1-1, 41KOs) has the right to exercise a clause that would enforce a third fight between the two and by all accounts plans to proceed. In the event he changes his mind. Ruiz will be more than happy to jump in and fight for the one major title he’s yet to claim as a pro.

Fool us once, shame on you! Fool us twice, shame on us! Go fight old man Ortiz and you can make some $$ with an all Latino HW match! But an instant match with Fury would be a freebie you…

[QUOTE=Jax teller;20437178]Well he has been fighting the toughest competition (Chisora, Parker & Rivas) by a country mile in comparison to any other contender. So what if his last fight was a crapper on 3 weeks notice he still won it…

I'd have no problem with Wilder-Ruiz while Fury-Joshua happens. Sounds like a good plan to me.

No Andy, this match will be a nightmare. Long legs, 11 inch reach advantage, he'll jab your face off. Every time you get close, he'll just hug you and put you in a headlock.

[QUOTE=GGG Gloveking;20435136]Fury boxes circles around Ruiz. We saw stiff ass AJ show how to negate Ruiz with size, and Fury can do that a lot better.[/QUOTE] You're right but after getting rid of the extra bulk I don't think you…