Andy Ruiz: I Will Do My Best To Be Champion Again

After acknowledging that Anthony Joshua entered the ring and did what he needed to do in order to come away with his hand raised, heavyweight Andy Ruiz confessed that a lack of focus, discipline and training cost him the fight against the British superstar.

This past Saturday night at the Diriyah Arena in Saudi Arabia, Joshua ouboxed Ruiz over twelve rounds to recapture the IBF, IBO, WBA, WBO heavyweight titles.

Ruiz entered the ring in poor shape, with a heavy weight fo 283-pounds. 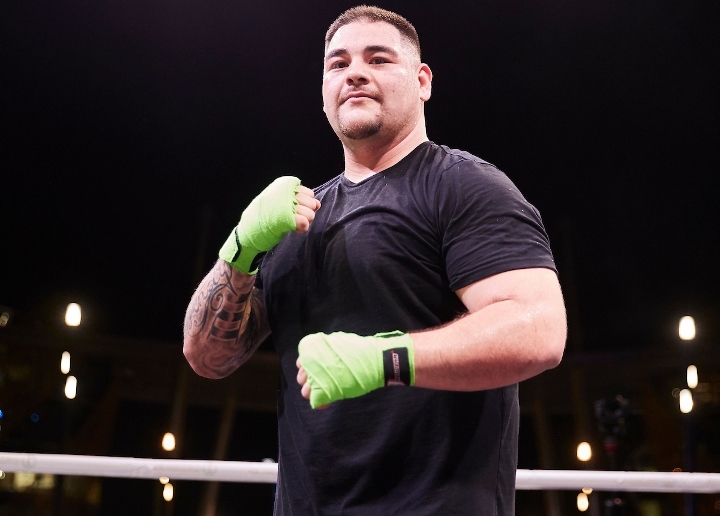 After the fight, Ruiz admitted that he partied and celebrated for several months after his shocking win over Joshua in June. Ruiz started training camp very late and failed to get in proper shape. The first time around, Ruzi dropped Joshua four times to secure a seventh round stoppage.d time the team is going through.

“I think we would have trained a lot better, I know I gained a lot of weight, I couldn't throw the combinations I wanted. There are no excuses in life, you have to train harder, learn from this moment I had. I've had a lot of ups and downs, and this was a down. I will start again and I will do my best to be champion again,” said Ruiz to ESPN Deportes.

“I have to work harder. And I thank everyone for supporting me, I know I failed them, but I promise you that we will do better and we will win. There is more history to do, it is the beginning and we will be better."

Joshua is likely return in the first half of the year, in a mandatory defense against IBF's top rated contender Kubrat Pulev. Ruiz will have to rebuild his career, but he's managed by Al Haymon - who has numerous heavyweights that he could match with the former champion.

FAT chance of that happening because Wilder will avoid him since he's apparently a boxing coach now but cant do the skills himself ? And if he's still around after fury fight , Joshua will almost certainly defeat Ruiz 99%…

I feel like a sucker. This dude was partying the whole time :pat:

Go away forever, Ruiz. You won’t get another shot at the top.

This was like when Buster Douglas beat Mike Tyson. He got in great shape, and shocked the world against an overconfident and under-prepared champ with an aura of invincibility. Then he celebrated, partied, and showed up to his next fight…

AJ looked understandably nervous during his ringwalk but I was saying on Sat that Ruiz looked even more nervous, almost as if he didn't believe in himself and knew the 1st was a one off. Ruiz had fast sparring partners…