Andy Ruiz: I Look Forward To Ending Joshua's Career in The Desert

Andy Ruiz is promising to come through with a dramatic repeat of his massive victory from June.

Ruiz, who accepted the fight as a late replacement, dropped Joshua four times before the contest was waved off in the seventh round. 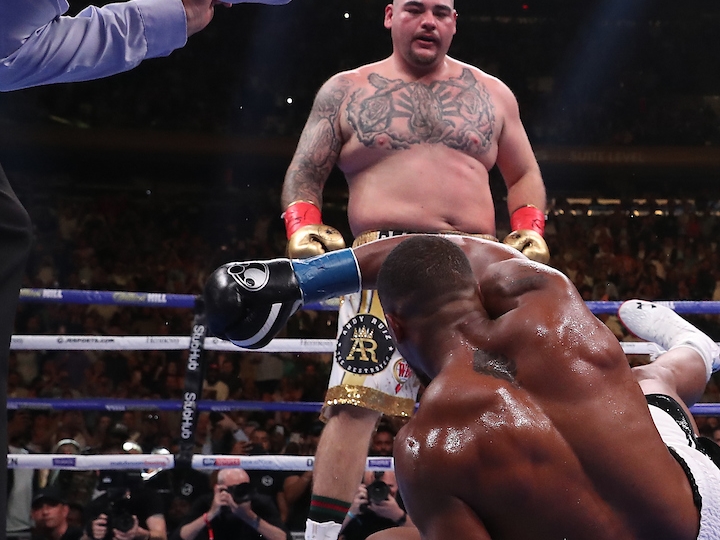 After a period of uncertainty, Ruiz finally agreed to face Joshua in a rematch on December 7 in Riyadh, Saudi Arabia.

Initially, Ruiz balked at the idea of facing Joshua in the country - but Joshua and his handlers, pursuant to the rematch clause, had the power to select the fight's venue and location.

“I’m excited to announce my rematch with Anthony Joshua. In the first fight I made history and became the first ever Mexican/American heavyweight champion of the world. I am grateful to Saudi Arabia for inviting me. I took it to AJ in 'The Big Apple' and I’m looking forward to ending his career in the Desert. Don’t miss this fight," Ruiz stated.

"I will show the greatness of Mexican boxing in Saudi Arabia and in every corner of the world. Viva Mexico!"

Joshua's promoter, Eddie Hearn of Matchroom Sport, believes the unexpected location is a good move for the growth of the sport.

"We had approaches from Saudi Arabia, Abu Dhabi, Dubai and Qatar," he said.

"We wanted to go somewhere that had a vision for the sport of boxing. We already knew Saudi Arabia was for real and investing in the sport.

"We have to realise that there is another world out there outside of Cardiff and Madison Square Garden. We have an obligation to grow the sport to new areas and regions. This event could change boxing forever. If Saudi is going to invest in these fights you could be seeing a big change in the dynamics of the sport, which truly excites me."

[QUOTE=aretrospective;20010698]Looks to be a lot of hate for AJ from some haters from the stub responses on the article. I'm not going to read them all because I have better things to do. And I'm drunk. Just to point out…

If Joshua hired Wladimir Klitschko to be his trainer for this fight then he'd have a W in the bag in this rematch.

[QUOTE=JakeTheBoxer;20008466]I think Joshua wins this time. Ruiz became arrogant very fast.[/QUOTE] COmes with the territory. If you don't believe you can whoop a$$ you shouldn't be out there boxing. He's just been freer with letting you hear his confidence. He…

[QUOTE=Donnie Herrera;20008946]Wi-Fi connection interrupted and caused the double post...no big deal...learn how to hit a heavy bag first before speakin’ to me about “intelligence”...:lol1:[/QUOTE] Like I said drop the alts or let me hit you instead im in your area…