The rising twin brother stars of Australia, Andrew and Jason Moloney, retained their WBA Oceania titles in their respective battles at Malvern Town Hall on Saturday (May 19) in Melbourne, Australia.

Then in the main event, brother Jason Moloney (17-0, 14 KO's) was much more dramatic at defeating Japanese former world champion Kohei Kono by stoppage at the end of the sixth round. 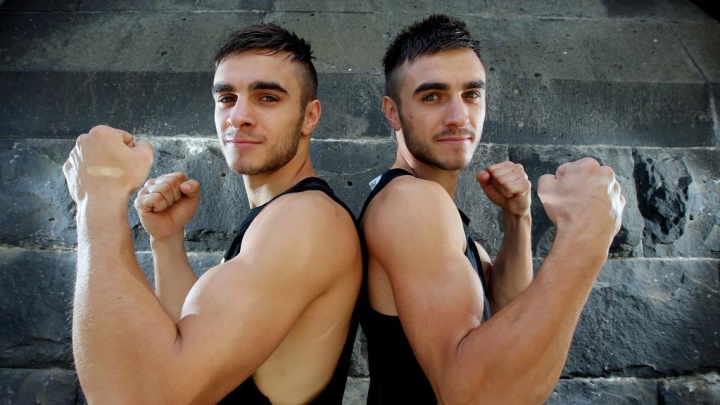 The battle concluded when the 37 year-old Kono (33-12-1, 14 KO's) was unable to keep on fighting because of a dangerously-placed cut over his eye.  With the decisive triumph, the 27 year-old Jason Moloney keeps his WBA Oceania 118-pound belt and positions himself as an important contender in the bantamweight division.

Both Moloney brothers are ranked by all four major boxing organizations.

The fight card Saturday in Melbourne was production of Lynden Hosking Promotions in association with Peter Maniatis Events.

IN OTHER NEWS: With a calculated combination of boxing skills and daring ferocity, Filipino Jaysever Abcede of Valencia City, Bukidnon, fast searched and destroyed in two rounds WBA world-ranked opponent Yutthana Kaensa (aka Stamp Kiatniwat), dethroning him to become the new WBA Asia Flyweight Champion in the afternoon of today Friday (May 18) in the campus of Thonburi University in Nong Khaem District, Bangkok, Kingdom of Thailand.

A heavy underdog, Jaysever Abcede (16-8, 11 KO's) came-in swinging damaging combinations to the head and body of the highly-rated Thai fighter, rocking him to the canvas on the edge of the ring in agonizing pain prompting veteran Thai thirdman Chalerm Prayadsab to administer the full 10-second count for an effective KO in round 2

Before his demise, the Thai warrior Kaensa (19-2, 7 KO's), a former world-title challenger and WBA world's # 7, did land a few good punches to the head of the Filipino Abcede, but not enough to restrain the cheer aggressive nature of the determined 23 year-old Filipino born in Don Carlos, Bukidnon, in the southern island of Mindanao in the Philippines.

The clash in Bangkok for the WBA Asia title was a production of Galaxy Boxing televised in the Kingdom of Thailand on BBTV Channel 7.

The author Carlos Costa is a boxing judge and Boxingscene fight reporter based in Asia.   Carlos can be reached by email: Carlos512@hotmail.com and by Whatsapp:  +639184538152.

Nice win for both boy's, but it would be nice to see them defend there Commonweath title's outside of Australia & gain more global recognition!