Andreev vs. Abdullaev, Romanov vs. Liakhovich on Nov. 7 in Ekaterinburg

In a year, plagued by the ongoing COVID-19 pandemics, with Russia being one of the epicenters of its second wave, RCC Boxing Promotions and famed local promoter German Titov has found a way to celebrate life with one of the biggest (if not THE biggest) boxing shows in Russia in 2020. It will take place in Titov’s boxing stronghold, at the RCC Boxing Academy in Ekaterinburg, Russia, on November the 7th. 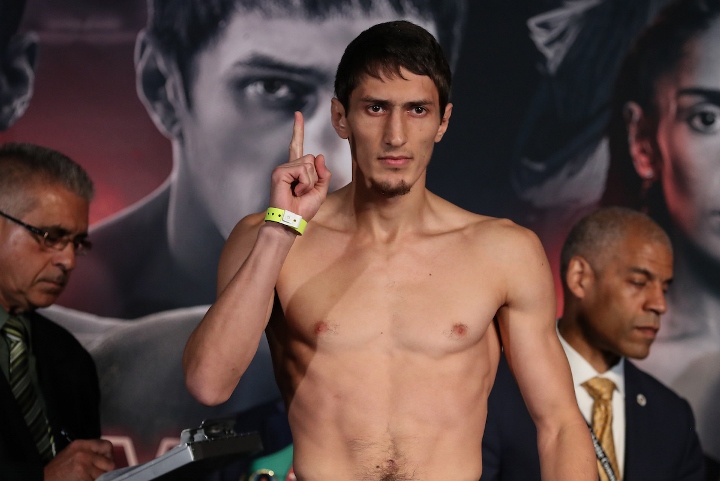 The doubleheader will consist of the lightweight title eliminator and a big heavyweight crossroader between (a not so young) rising prospect and a former world champion.

A renowned puncher Andreev, 34, has been fighting sporadically over the last few years. His biggest wins are 17-1-2 Craig Evans, 30-10-3 Patrick Malinga (both stopped) and 26-5 Filipino Rey Labao.

Abdullaev, 26, is coming off a solid seventh-round kayo over his teammate 16-1-1 Pavel Malikov. He challenged Devin Haney for the WBC interim lightweight belt in September 2019 but was stopped in four.

WBO #9 heavyweight Evgeny Romanov (14-0, 10 KOs) is best known for one fight, which is not on his pro resume. It happened more than twelve years ago – while still in amateurs – and resulted in a huge kayo of future WBC long-time champion Deontay Wilder.

Now Wilder is arguably on his way down, and Romanov, not a spring chicken at 35, is on his way up. But he will face another former champion in the 44-year old “White Wolf” Sergei Liakhovich (27-8, 17 KOs), who held the WBO portion of the belt in 2006.