Andre Ward: A lot of Froch's Big Fights Could Have Easily Gone Other Way!

During a recent interview, former two division unified champion Andre Ward gave his take on the career of Carl Froch.

Back in 2011, Ward won a twelve round decision over Froch in the final bout of the World Boxing Super Series super middleweight round-robin tournament.

Ever since their clash, the two boxers have often traded words in the media. 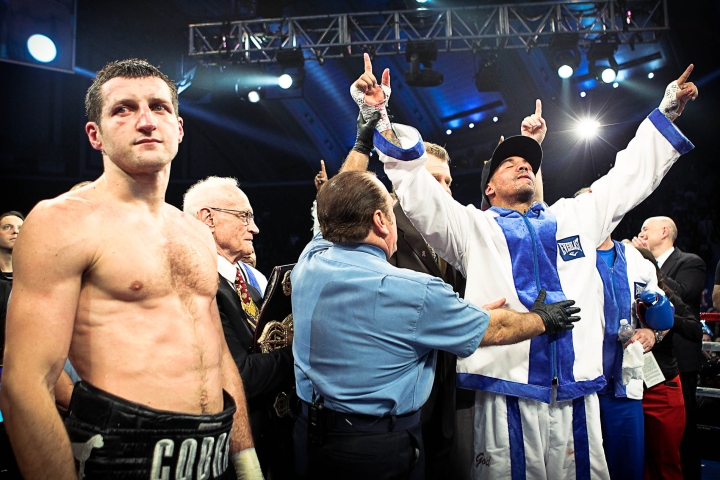 When examining the career of Froch, the Olympic gold medal winner believes the Nottingham fighter was an overachiever.

He didn't see anything from watching Froch that would scream out 'great fighter.'

"The thing about Carl Froch, and I always respected about him, is his competitiveness, because he's not really athletic. He's an overachiever. You look at him and just the way he fights, there's nothing that jumps out at you that says, 'wow, that's a great fighter.'

"But his work ethic, his attention to detail. I know he used to keep binders full of his every workout that he did. He was tough, he could take a shot, so he had other qualities that were intangible that you couldn't really see, and I think he was an overachiever, but for me he got hit too much.

"He took too much punishment and a lot of his big fights could have easily have gone the other way, even the fight with Jermain Taylor. If Jermain Taylor didn't fade and was in better shape, he would have never lost that fight. I think he's up there, but I don't think he's the top dog, not at all."

[QUOTE=Devils Advocate;20605641]I wasn’t always a Froch fan but he won me over by consistently challenging himself and being willing to fight on the road. His destruction of Lucian Bute was awesome! That said, Ward beat him up. I met Ward…

You are right ward. Including yours pu$$y

[QUOTE=Smash;20605263]yeah i agree i think froch did get the most of what he had, he was very tough and went to war in the ring but talent wise was a bit basic but he was a road warrior and fought…

Kovalev beat ward, the footage will always be there.

[QUOTE=Thraxox;20604687]Froch wanted to rematch Ward in the UK for big money, Ward was the one who refused.[/QUOTE] If i'm not mistaken Ward said he would do it in the UK, just not Nottingham. He thought they would be able to…