Andre Dirrell Drops Cabrera Twice, Stops Him In 5th Round

The former IBF interim super middleweight champion knocked down Juan Ubaldo Cabrera twice and stopped the Dominican veteran in the fifth round of a scheduled 10-round light heavyweight fight. Dirrell’s first fight in 21 months took place in a practically empty venue, early in the afternoon local time, on the non-televised portion of the Tony Harrison-Jermell Charlo undercard at Toyota Arena.

Before Saturday, the 36-year-old Dirrell (27-3, 17 KOs) hadn’t boxed since Venezuela’s Jose Uzcategui battered and stopped him in their rematch. 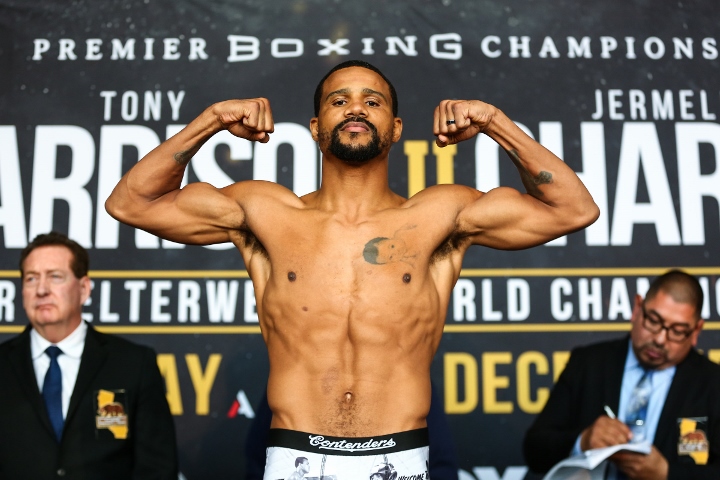 Dirrell declined to continue following the eighth round of that March 2018 fight at Barclays Center in Brooklyn. The skilled southpaw lost the IBF interim 168-pound championship to Uzcategui that night.

Dirrell contemplated retirement following that lopsided loss, but the 2004 Olympic bronze medalist ultimately decided to resume his career as a light heavyweight.

Dirrell began landing hard shots on Cabrera as soon as their fight started Saturday. The faster, stronger fighter was active and accurate throughout this one-sided fight, which Cabrera basically spent covering up and moving backward.

Dirrell dropped Cabrera in the third round after an accumulation of punches landed when Cabrera was backed against the ropes. Dirrell tried to finish him in that round, but Cabrera continued for nearly two more rounds.

A right hook by Dirrell sent Cabrera to the canvas again a little over a minute into the fifth round. Cabrera reached his feet again, but Dirrell drilled him with several more power punches before Cabrera’s corner men instructed a California State Athletic Commission inspector to stop the fight.

Referee Jerry Cantu halted the action at 1:36 of the fifth round, with Cabrera still standing.

Building him up for what Benavirez/Plant

Well unfortunately one of ur favorite fighters basically quit that night against the uzi. He got frustrated losing that fight especially in that last rd u could tell he was throwing everything into his punches but the uzi was eating…

[QUOTE=ShaneMosleySr;20271663]Good for Dirrell. He knocked out a guy who got knocked out by a junior middleweight recently.[/QUOTE] :lol1::lol1:

Good for Dirrell. He knocked out a guy who got knocked out by a junior middleweight recently.

He should fight another soft touch or two to build up his confidence and get some momentum rolling. Then go after the bigger fish.