Russian amateur boxing experiences one of the bigger scandals in its recent history, as a two-time Russian amateur champion and 2019 WC quarterfinalist Georgiy Kushitashvili has been charged with two cases of aggravated criminal offense, which jeopardizes not only his future career but also his future as a whole if convicted.

On February 2, a local police detail noticed two suspicious persons while patrolling one of the central districts of Moscow. The men tried to hide after one of the front doors of a neighboring building, when they were confronted by the policemen.

It’s unclear what happened directly afterwards but it ended with a broken nose for one of the police officers and two men arrested. They were later identified as Kushitashvili and Ovik Ogannesyan. 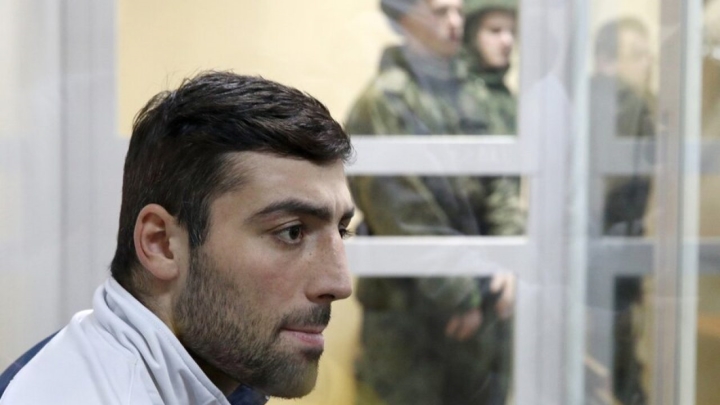 According to the police, they were found at the scene uncovering a stash which contained a huge amount of an unspecified drug. Kushitashvili tried to break free, which ended in a short but violent melee. The unspecified drug was later found to be cocaine. It got worse after this. Signs of injections were reportedly found over the Russian boxer’s veins and traces of cocaine were also detected in his blood, despite his previous plea of not being guilty in aforementioned offense or a drug use.

Kushitashvili, 24, is (or was?) a promising light heavyweight and a two-time (2015 and 2018) Russian national champion. He lost in a quarterfinal of 2019 Ekaterinburg world championship to a multi-time world and 2016 Olympic gold medalist Julio Cesar La Cruz.

The boxer’s side claims both foul play by Moscow police (which was accused with a widely publicized episode of planting drugs to one of local journalists in the recent past) and competition for a spot in the national squad, which transcended the sport into somewhat criminal whereabouts.

Kushitashvili, from the Far East region of Buryatiya but of the Georgian origin, was banned for life by the Russian Boxing Federation and replaced by Imam Khataev for the upcoming 2020 Olympic Games. RBF general secretary Umar Kremlev also initiated a full-scaled check-up for drug use by members of the national team and its trainers.

[QUOTE=Citizen Koba;20399371]Seems to be doing OK in prison, despite getting shanked in the face by a rival gang though... [/QUOTE] LMAO. that's funny.

[QUOTE=Young Bidness;20399319]LDBC ain’t gangsta, just nickle bag selling hoes, like this Russian dude with Georgian ethnicity... real gangstaz are Avandtil. [B]That dude was a loan shark for the mob.[/B][/QUOTE] Avtandil was more an enforcer I think. Seems to be doing…

[QUOTE=Citizen Koba;20399227]Dem Georgian's doe! Maybe him and Avtandil can be pen pals. Not sure wtf LDBC would have to do with anything though.[/QUOTE] LDBC ain’t gangsta, just nickle bag selling hoes, like this Russian dude with Georgian ethnicity... real gangstaz…

Ku sh^t ash vili. Is that how it's broken down? I'm gonna love saying this guy's name if he turns pro. For sure he's gonna need a nickname doe.