The six division world champion, Amanda Serrano (1-0-1), secured her first victory in mixed martial arts, by securing a submission win by applying a rear-naked choke on tough Mexican fighter Erendira Ordonez (2-2) in a bout held at the Casino del Sol in the city of Tucson, Arizona.

The fight was agreed upon at the weight of 125 pounds, as part of an event promoted by Combate Americas.

"I am happy and happy for the victory. Everything I do is for my island. Not only am I a boxer, I'm a full-time MMA fighter, "said Amanda Serrano. "I want to be a world champion of Combat Americas." 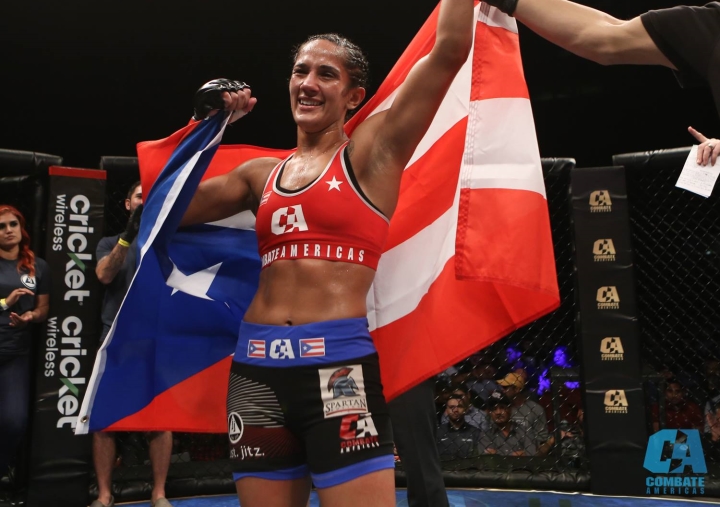 "Since I got the draw in my first fight, I understood that I had to work hard as I always do, but smart in every way possible. I hope the fans have been satisfied with the fight. It was a great experience. Erendira came to give everything and those are the fights that people like. I hope we were able to fulfill the expectations of our fight, which was the highlight of the night. Thanks to Combate Americas for trusting us," exclaimed Serrano.

"Many underestimated me and thought I could only box, but as you can see, in the month of August I won a gold medal in a Jiu Jitsu tournament. In September, I was crowned world champion in six weight divisions in boxing and today, October 13, I won an MMA fight by submission. Three months in a row in three different sports," said Serrano, a native of Carolina, Puerto Rico.

[QUOTE=BestPR;19192742]...you know Serrano needs more than a couple of fights, besides, you wouldn't want her to knock your girl out with her boxing skills, Lol..[/QUOTE] lol , shevchenko will kick her ass .

[QUOTE=Andre_parker1;19192360]she should go to the ufc after a couple of fights and face Valentina shevchenko[/QUOTE] Valentina is far too well-rounded. Serrano is 30 and trying to learn MMA. MMA striking is far different to Boxing striking. Look at Holly Holm…

[QUOTE=Andre_parker1;19192360]she should go to the ufc after a couple of fights and face Valentina shevchenko[/QUOTE] ...you know Serrano needs more than a couple of fights, besides, you wouldn't want her to knock your girl out with her boxing skills, Lol..