Alexander Povetkin vs. Christian Hammer in Play For December 15

If a deal comes together, would take place on December 15 in Yekaterinburg, according to he executive director of the promotional company RCC Boxing Promotions, Alexey Titov. On Monday, World of Boxing - who promoted Povetkin - announced the December date and said the WBO International belt will be at stake.

"For us it's going to the second event with Povetkin. The tournament will be held at the Palace of game and sports, which can accommodate five thousand spectators. In terms of the show being sold-out, I think there won't be any problems at all. As for the opponent, we are considering Hammer. We have to sign the contracts, I think we will close it all off by the end of next week and officially announce it," Titov said to Vasily Konov. 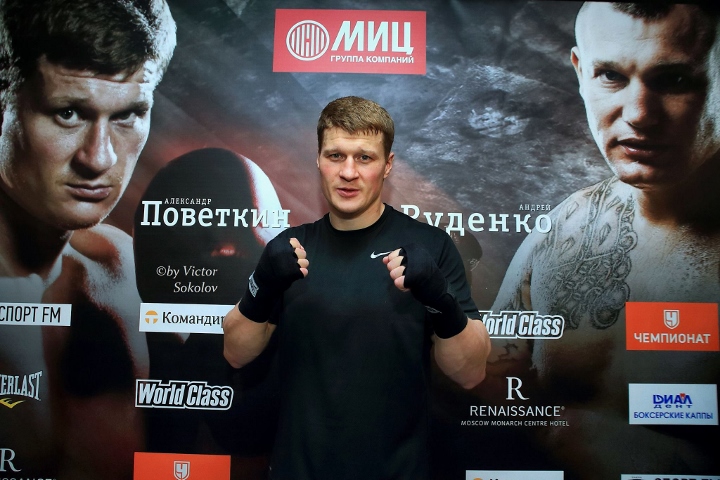 This will be Povetkin's second fight of the year. He last fought in July, winning a unanimous decision over Andriy Rudenko of Ukraine.

The Olympic gold medal winner was in action in Yekaterinburg on December 17, 2016 when he knocked out late replacement Johann Duhaupas of France.

Hammer has had a solid run of victories since his last defeat, back in February 2015 to Tyson Fury. Among the wins in the last two years, decision wins over Sherman Williams and Erkan Teper, a knockout victory over Michael Sprott and Olympic bronze medal winner David Price, and a decision over Zine Eddine Benmakhlouf.

Christian hammer a bum? I guess your a better more seasonal fighter aye? Mate your just a fat ugly nerd behind a pc talking **** lol

[QUOTE=joe strong;18127900]Povetkin will be 40 by the time he would get his shot. If his promoter wins the purse bid the fight could end up in Russia. Beating Hammer would put Sasha in the top spot in the WBO but…

[QUOTE=Pandur;18126022]No way Parker fights Povetkin in Russia. And I would fully understand him. Rather fight Joshua in a unification. Much bigger purse.[/QUOTE] Povetkin will be 40 by the time he would get his shot. If his promoter wins the purse…

Povetkin and Ortiz are done with big fights, hey can fight each other for "king of cheaters"belt or something.

[QUOTE=joe strong;18125643]This will probably be a final eliminator for the WBO belt. Hammer beat Price in an eliminator already. Hammer would probably get the biggest payday of his career fighting Povetkin in Russia & he is not afraid to fight…