Alberto Puello To Defend WBA-Interim Against Coria on December 17

Alberto “La Avispa” Puello will return to the ring on December 17 in his home country to face Argentinean veteran Cristian Rafael Coria. The Catalonia Malecon Center Hotel in Santo Domingo, Dominican Republic, will host the first defense of the World Boxing Association (WBA) super lightweight interim-champion after a long pause due to the pandemic.

Puello came close to a fight in the United States a couple of months ago but visa problems prevented him from doing so. However, now he has this great opportunity to showcase his title at home and demonstrate what he is made of. 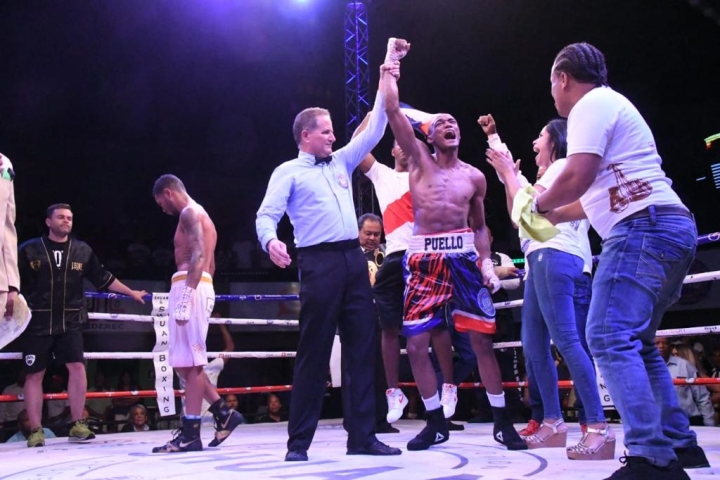 The San Juan de la Maguana native won his crown in July 2019. On that occasion he defeated the Spanish of Dominican descent, Jonathan Alonso, in a tough test to keep the 140-pound black and gold belt and become interim champion.

His first defense will be against a veteran like Coria, an Argentinean who is going to his first title shot but has a wide record and comes with a two-victory streak. The 38-year-old from Santiago del Estero is highly motivated to make a big impact at this point in his career.

Puello will try to keep his undefeated record in 17 fights, with 9 won by KO. Coria, on the other hand, will seek the crown with a record of 29 wins, 7 losses, 2 draws, and 13 KOs.