AIBA needs to prove it can unite in the interests of boxers to show it is capable of running Olympic boxing again, according to one of the candidates for the presidency of the embattled governing body.

Suleyman Mikayilov, a former boxer, coach and member of the AIBA executive committee from Azerbaijan, has plans to establish independent groups to tackle corruption and ensure that any money coming into the organisation is properly accounted for.

The International Olympic Committee has banned AIBA, the amateur code’s governing body, from involvement with the Tokyo Olympics, now delayed until next summer, appointing its own taskforce to take charge of qualification events and the competition next summer. The IOC made its move due to financial and governance reasons after the troubled presidencies of CK Wu and Gafur Rakhimov. Things came to a head at the Rio Olympics in 2016 where a string of judging controversies were accompanied by allegations of corruption. 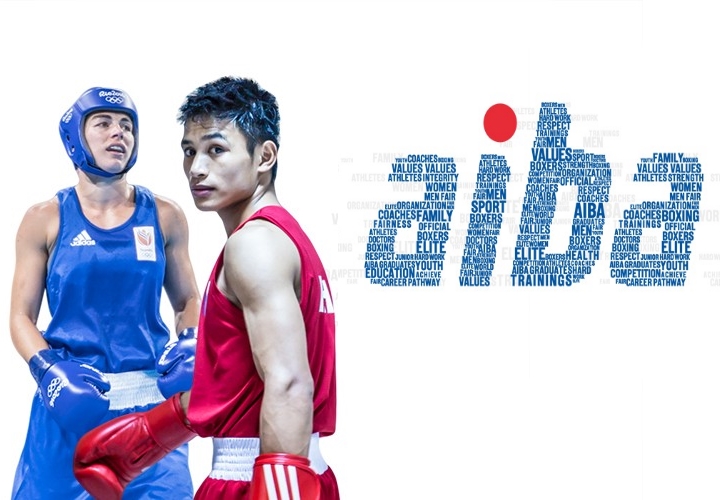 Mikayilov, who is one of seven candidates running for the AIBA presidency at its virtual congress on December 12 and 13, says that AIBA must pay off its debts and rid itself of any people who are more interested in pushing their own interests rather than those of the sport.

“A lack of transparency, discipline and ethics over governance issues and officials has led to the current problems at AIBA, in particular the financial issues,” Mikayilov said.

“The first thing is to achieve unity and integrity within AIBA, to gather around me people who are loving and caring about boxing and who are interested in solving the issues. I want to eliminate the people who are pushing their own interests rather than the interests of AIBA and boxers. I have a clear road map on how to settle this issue.”

Among Mikayilov’s commitments are to begin the process of paying off AIBA’s debts by the start of the Tokyo Games next summer, to invest in women’s boxing camps to address inequality, to give support of boxing nations badly affected by coronavirus and to address issues surrounding judging.

The centrepiece of his bid is around the formation of a Boxing Integrity Unit, which will be an independent group to tackle all issues of doping, corruption, abuse, match-fixing, ethical violations and violence, unhindered by the AIBA hierarchy. He will also set up a United Boxing Alliance, which will deal with money coming into the sport through sponsorship.

He said he has already sought out potential sponsors, whose support is not dependent on AIBA regaining its Olympic status.

“We will be able to restructure the current debts of AIBA,” he said. “The sponsors are well aware of the situation. Their brand is not going to go into the IOC platform and their brand is not going to be advertised by the IOC because AIBA is rightfully suspended. They are interested and convinced of supporting AIBA through its development and our aim and strategy is to regain our right to be represent in the Olympics in 2020. They wil cooperate to bring AIBA to this points.

“We want to start paying back some of our debts by the start to the Games and we will secure our safe return to the IOC by 2024.”

As well as Mikayilov, the other candidates standing for election are Mohamed Moustahsane, who has has been AIBA interi  president since March 2019, Anas Al Otalba, from the United Arab Emirates, Umar Kremlev, of Russia, Domingo Solano, of the Dominican Republic, Ramie Al-Masri, of Germany, and Boris van der Vorst, from the Netherlands.

Mikayilov believes the emergence of AIBA Professional Boxing during the Wu era was a sign of how things went wrong at AIBA.

“It shows that they were only pursuing their own interests rather than the interest of amateur boxers and the better good of the athletes,” he said. “We need a clear and transparent structure for AIBA.

“My aim is to take immediate action and by 2022 AIBA has regained its image and benchmark as the main governing body of boxing applying Olympic standards and exemplary governance.

“I am running for the presidency as a former boxer. It is my love for boxing that brought me here and made me apply and run for the position. When I think about reforms and the future, I think about it from the point of view of a boxer because I know what it is like to be a boxer competing in championships.”