His complexion and his name quickly spoil the secret.

Yes, it’s true. Ahmed Elbiali is not a native of the United States.

But even in an era where immigrants aren’t celebrated, the affable 27-year-old – born in Egypt, raised in Miami – has a dream that boxing might someday transcend the jingoistic rancor.

“I love America so much. I love people so much,” he said. “I get so much love from everyone in Miami, then I go to Louisiana or Alabama, deep southern states, and people have still shown me tremendous love. My name is Ahmed. They know right away where I’m from. And it ain’t Ohio. But I really rarely ever experience racism. I don’t get that at all. I try not to even open my eyes to that.”

Elbiali arrived to the U.S. as a 4-year-old with his parents, Alaa and Hala, and was raised in a middle-class environment with younger sister Jala. The folks worked as an entrepreneur and an accountant, respectively, and he’s following suit away from the ring while pursuing a bachelor’s degree in sports science and an MBA in international business from Florida International University.

“I hope one day I come close to being an advocate. The world is a good place,” he said.

“Boxing is a sport where you mix the whole world together. One day, god willing, maybe I could be the ‘Peace from the Middle East’ or something. Who knows?”

Elbiali’s gloved odyssey began during his teenage years and ultimately yielded a pair of Florida Golden Gloves novice titles as an amateur, though his desire to reach the Olympics while representing either his adopted or birth nations was short-circuited. He was barred from fighting for the U.S. because of his foreign bloodlines, and his subsequent attempt to fight for Egypt was snuffed out by the country’s revolutionary crisis in 2011-12 that prevented travel and led to cancellation of domestic tournaments. 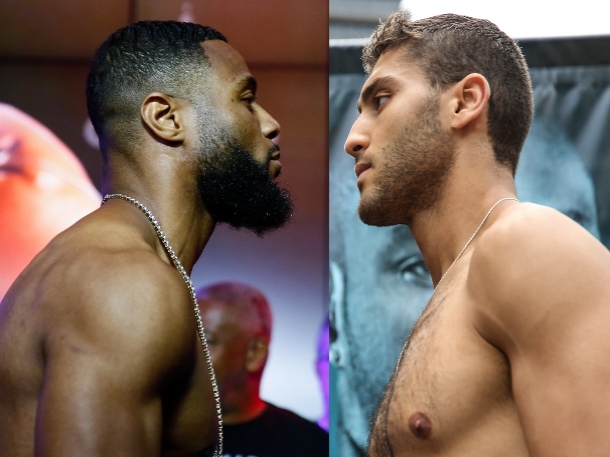 Left without a third option, he decided to turn pro at age 22 – and the light heavyweight endeavor has yielded 16 wins and 13 knockouts as he speeds toward an early-stage career definer against Jean Pascal.

The two will meet atop a Fox Sports 1-televised card on Dec. 8 at Miami’s Hialeah Park Race Track.

“I’m very blessed for the opportunity but I also understand that this is a big step up and he’s a guy that I have to be careful with,” Elbiali said. “He’s experienced. He’s been in there with the best. I’ve got to watch out, be careful and do my thing. I’ve been training hard and we’re ready.”

Indeed, Pascal represents the most accomplished of Elbiali’s foes, given a pedigree that includes runs as IBO and WBC champion at 175 pounds, and an overall title-fight record of 4-4-1 with one KO.

He’s dropped three of his last five fights, though, including dual stoppage losses to then-champ Sergey Kovalev and a majority decision against current No. 1 WBC contender Eleider Alvarez.

But if you think that means Pascal is settling for the steppingstone role, forget it.

“They’re trying to give this young guy a test against a former champion and he’s going to try to use me as a ladder,” he said. “When I fought Bernard Hopkins I was the young lion. Now it’s the other way around and I’m going to be ready to show him something he’s never seen before.”

It’s a possibility Elbiali recognizes, prompting a blend of caution and optimism.

“Pascal was the best option for us right now,” he said. “He also fits the style of the guy that I fought last time. But then again, he might show up with a completely different style. The man’s been in there, something like 40 fights. It’s a good style for me but he is a wild man and he does throw some wild shots. And I have been known to get hit with wild shots. I’ve got to be really careful with that.

“I need to show that I’m ready for this. I have to be ready for this. This could definitely catapult my career to a whole different level that I’ve never experienced and that a lot of fighters don’t get to experience. This is my golden ticket. If I can’t get past a Jean Pascal at this point in his career, then I don’t belong in this sport. This is a fight that I have to get past and I have to look impressive doing it.

“It could be a win-win, but with boxing fans it could be a lose-lose. It’ll be a big night if I don’t have a couple rounds. If it’s just one round. That’s when you know it’s a good night.”

“My coach is an old-school type of guy and he believes in the whole Marvin Hagler type of training where you isolate yourself and go to prison,” Elbiali said. “Right now I’m in prison. I get a little depressed sometimes, but I know at the end of the day it’s all going to be worth it. It’s going to be good. I’m going to be ready. I’ve been training since July 21. I’m bending bars getting ready for this fight.

“We get up at 4:35. We get our run in, show up again in the afternoon and then I get some rehab at night. When I’m with him all the man talks about is boxing, and he’s a grumpy little old man, too. So it’s just boxing all day. I’m in Miami. I’m enjoying Miami when I’m looking at it, but I’m not enjoying Miami.”

Dawson has lost four of seven fights since defeating Hopkins in April 2012, including stoppages against Andre Ward (TKO 10), Adonis Stevenson (KO 1) and Andrzej Fonfara (TKO 10). Rodriguez, meanwhile, has fought just once since a second-round loss to Thomas Williams Jr. in April 2016.

Elbiali, though, isn’t ready for a dip in the career arc.

In fact, a year from now he’d much rather be experiencing a post-Pascal bump.

“Everyone’s waiting their turn. I’m waiting my turn like anybody in their profession,” he said. “I’m getting my work in. I have to get this job done. Whomever they put in front of me next I have to get that job done. My time will come with hard work and perseverance. That’s all I can do.

WBO bantamweight title – Belfast, Northern Ireland
Zolani Tete (champion/No. 3 IWBR) vs. Siboniso Gonya (No. 3 WBO/No. 62 IWBR)
Tete (25-3, 20 KO): First title defense; Held IBF title at 115 pounds (2014-15, one defense)
Gonya (11-1, 5 KO): First title fight; First fight outside of Africa
Fitzbitz says: It feels like the champion has been around awhile in a bunch of different weight classes. He seems comfortable at 118, though, and is in with a guy who’s a comparative novice. Tete by decision

Pascal is not the same Warrior he was four or five years past and we will see what Ahmed has as far as moving to the next level...

I wouldn't be shocked if Elbiali does win, Pascal has looked shot ever since the first beating he took from Kovalev.

Egypt in the house baby! The Egyptian amateur boxing system has produced a lot of great amateur boxers. Unfortunately non of them turn pro because Egypt doesn't really have pro boxing. Good luck to Elbiali, Jean Pascal is a tough…