Adrien Broner Arrested in Florida Due To Outstanding Warrant

According to TMZ, former four division world champion Adrien Broner was arrested in Florida due to an outstanding warrant.

Broner was arrested Sunday in Broward County, Florida after a warrant for his arrest was issued for failure to appear in court earlier this month. He was booked in county jail and then released.

The bench warrant stems from a case dating back to December 2017. He was initially he was arrested for having no driver's license, speeding, no registration or proof of insurance. Since that arrest, he's failed to appear in court several times, which led to a previous arrest in July for failure to appear. 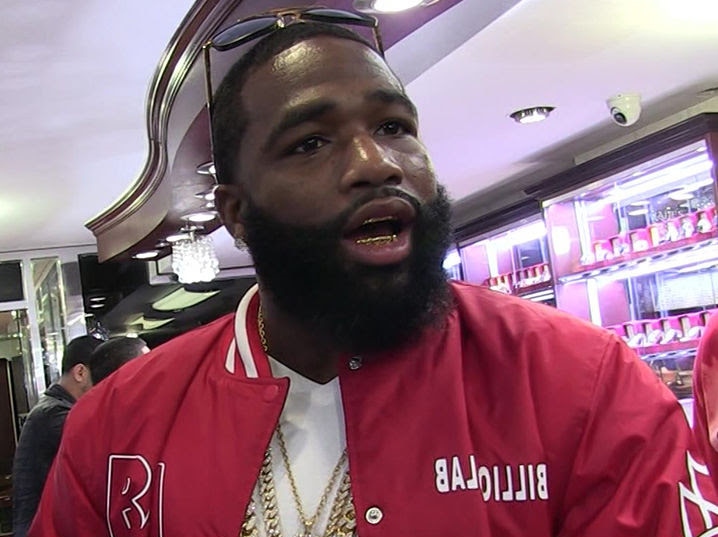 The hits keep on coming for Broner.

As BoxingScene.com previously reported several days ago, Broner is being sued for an unpaid balance of $1.152 million on a jewelry bill.

The lawsuit, filed by Pristine Jewelers NY, claims Broner promised to pay for multiple jewelry orders totaling $1.252 million, but his checks haven't cleared and he's allegedly refusing to follow through on a payment plan.

According to legal documents obtained by TMZ, Broner told the jeweler he would pay for the orders after his April fight against Jessie Vargas, but the jeweler has only been able to collect $100k from Broner ... leaving an unpaid balance of $1.152 million.

It's been over a year since Broner first ordered his jewelry, and Pristine wants the boxer to pay up now and throw in another million in punitive damages.

Broner has a big payday in his future, because he's fighting WBA "regular" welterweight champion Manny Pacquiao on January 19 at the MGM Grand in Las Vegas.

The Pacquiao vs. Broner world championship event will take place Saturday, Jan. 19 at the MGM Grand Garden Arena. Pacquiao vs. Broner and its co-main event fights will be produced and distributed live by SHOWTIME PPV and presented by Premier Boxing Champions beginning at 9 p.m. ET/6 p.m. PT.

Pacquaio is coming off a vintage performance in July where he stopped Argentine slugger and world champion Lucas Matthysse inside seven rounds. Now, Pacquiao returns to the U.S. in his remarkable fourth reign as welterweight world champion. Broner is aiming for his second stint as 147-pound champion. If victorious, Broner also will add a career-defining win against a future Hall of Famer to his already stellar resume.

Promoted by MP Promotions, Mayweather Promotions and TGB Promotions in association with About Billions Promotions, tickets to the Pacquiao vs. Broner welterweight world championship are on sale. Tickets are priced at $1,500, $1,000, $750, $500, $300, $200, $100, not including applicable service charges, and can be purchased online through AXS.com, charge by phone at 866-740-7711 or in person at any MGM Resorts International box office.

This isnt a big deal at all. who gives a **** what they do outside the ring.

[QUOTE=Squ□redCircle34;19391032]Again, put the coke down! Never have I ever cheered for Broner or praised him! You on the other hand, I’m sure you’ve supported pieces of garbage worst than Broner but of course you’ll never admit it! Hypocrisy at its…

[QUOTE=Squ□redCircle34;19391017]But the thing is this, you’re a coward and that’s all you’ll ever be! I call out racists and now I hate white people lmao! It’s not the point if white people are glad that people who may look like…

Broner being himself as per

[QUOTE=j.razor;19389921]So does that mean you support jim lampley? Got it.[/QUOTE] Yes, I'm sure you've made mistakes in your past that you would not say define you 10 years later. I'm sure your parents don't want to be defined by the…