Adonis Stevenson Has a Long Road Ahead, Says Fiancee

Stevenson was taken to hospital for treatment after an eleventh round knockout loss to Oleksandr Gvozdyk in Quebec City.

The boxer's fiancee, Simone "Sisi" God, issued an official statement to advise media and fans that the 41-year-old fighter was awake. 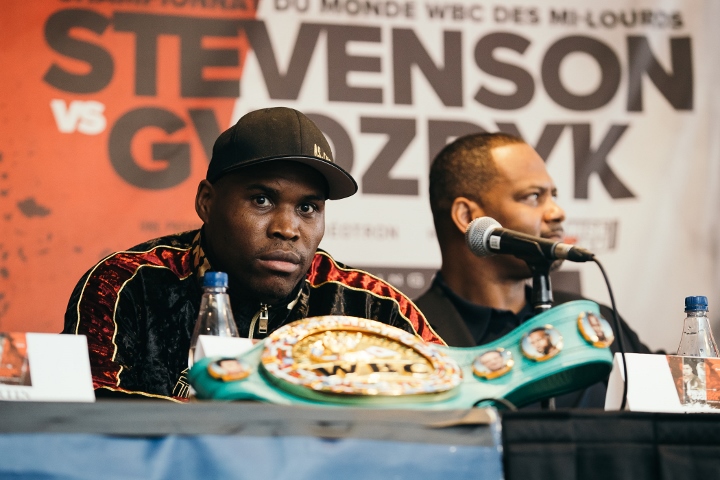 Only a few days earlier, the boxer's promoter Yvon Michel had told reporters in Canada that the light heavyweight remained unconscious.

Stevenson had defended his title nine times since 2013 before the loss.

While Stevenson was disconnected from the artificial respirator, he can not speak. He was given a tracheostomy to ensure his breathing.

"He manages to communicate with me. If he seems to have an itch near the nose, I'll scratch it a little. I'll ask him if that's what he wants. He answers with a very slight nod to say yes, or no if it is not. He can move his arms. Except that a movement towards his face can represent the effort of a whole day. But he recognizes me, and for me, it's wonderful. I was so afraid that he would not recognize me when he wakes up," said Simone God to The Montreal Journal.

God explained that she knew something was seriously wrong when Stevenson's fight had concluded.

"Yvon Michel came [to the dressing room] to show Adonis the judges' scorecards, telling him that he was leading on points before the KO. I saw the eyes of Adonis. Yes, there was pain and acceptance of defeat, but there was more. Dr. Fontaine asked him how he felt, if he had a headache. Adonis said he was okay. But he was hot and he decided to go take a shower. When he came back from the shower, he did not feel well. I saw it. Then he went to the bathroom and I followed him. He took a towel to cool off, and there he told me with an anguished voice: "Babe, I'm not okay at all, I have a headache." I had a tight chest, I knew he was really hurt, it was serious," she said.

Get well soon Champ.. we appreciate everything you did for the sport!

[QUOTE=deanrw;19402299]He seems self aware and can understand people talking to him, which is a huge step. That alone means he is not a vegetable. He will have disabilities later on, maybe speech or mobility or both, but he will improve…

He seems self aware and can understand people talking to him, which is a huge step. That alone means he is not a vegetable. He will have disabilities later on, maybe speech or mobility or both, but he will improve…

Im neutral on this one. I dont wish harm on anybody but he has a past and many fans are not willing to forgive him. I feel for his kids.. But can some of you stop saying sht like “…