The fight will also be Gassiev's first in his new multi-fight agreement with Eddie Hearn's Matchroom Boxing USA.  In the main event, Jose Ramirez will face Maurice Hooker in a super lightweight unification bout.

While Dawejko's record isn't pretty, he has given several prospects difficult fights and Gassiev's trainer Abel Sanchez believes that he is a good first fight at heavyweight for his charge. 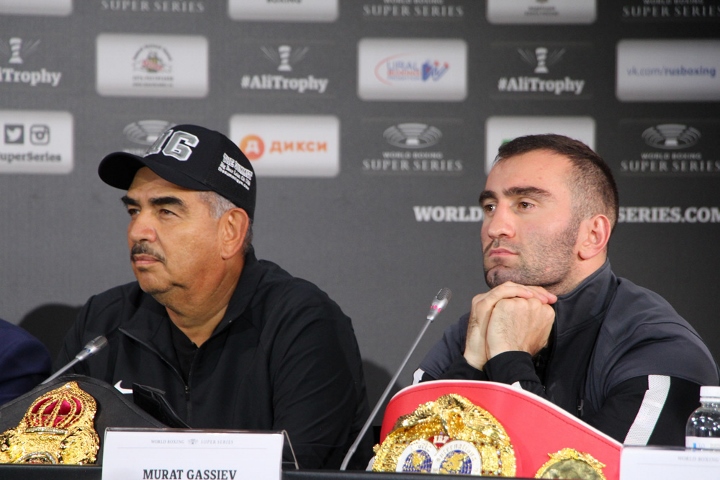 “That’s a tough fight for the first time out as a heavyweight. Joey has some losses but he’s never been stopped. He quit on his still stool because he wasn’t in shape against Charles Martin. He’s fought a lot of young heavyweight prospects and he has given them a lot of hell. He’s a tough fight but that’s the way it should be. If you are going to make any inroads in the heavyweight division you have to be tested,” Sanchez told BoxingScene.com.

There have been rumors that the 29-year-old Philadelphia native knocked out former champion Anthony Joshua in sparring prior to his shocking upset loss to Andy Ruiz.  Dawejko said that he even received death threats because of the rumors.

Sanchez isn't sure if the rumors are true but said that he has seen Dawejko sparring in person and knows that he is a tough fighter.

“Nobody has denied it so we don’t know if it’s true or false. I’ve had some guys with him sparring down at Freddy’s (Roach) and I know how difficult he is for Murat but like I said if you are going to make inroads in the heavyweight division you might as well step all the way in,” Sanchez explained.

This guy is still training-LOL!!!

Hmmm so now Eddie Hearn is selling Dawjeko as the man who knocked out Joshua five times lol.

[QUOTE=alexjust;19905044]March 27? Do they proof read anything on this site?[/QUOTE] Their writers have very limited vocabulary and I often find they can't spell (they can hire me as a spellchecker I've always excelled at it), what do you think their…

[QUOTE=ceylon mooney;19905818]i dont think they have an editor or a fact checker. i constantly correct basic errors in these articles.[/QUOTE] Of course they don't. It's good enough for the plebs.