This past weekend in Russia, Tete advanced in the opening round of the World Boxing Super Series tournament with a decision win over Olympic medalist Mikhail Aloyan, who was trying to capture a world title in only his fifth pro fight.

Tete will head to the semi-finals, as he will meet the winner of the upcoming WBSS collision between Ryan Burnett and Nonito Donaire. 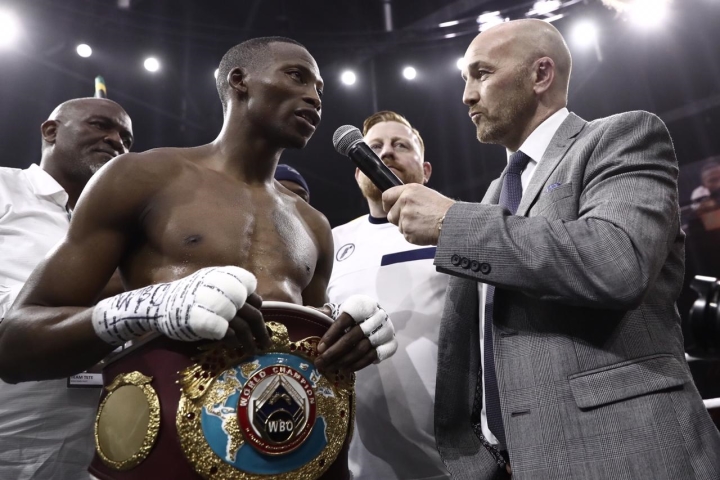 Mayweather Sr., the father and trainer of five division world champion Floyd Mayweather Jr., was also in Russia for that card. He trains undefeated Andrew Tabiti, who advanced in his World Boxing Super Series fight, in the cruiserweight division, with a decision win over undefeated puncher Ruslan Fayfer.

Tete is hoping that the addition of Mayweather Sr. will provide an added edge to win the tournament.

The South African boxer will work with Mayweather Sr. in Las Vegas, where many boxers travel over for top sparring.

"I am happy to work with someone like Mayweather, someone who we know is doing amazing work. We know what he can produce and what he is capable of doing. We want to win this series and better our chances of winning it," Tete told EWN.

"I'm very happy for the win. We did everything as a team to achieve what we have. That is why today I am world champion. We went there to win the fight. It wasn't easy, but we knew when we left home that we will return victorious, and we did.

"In the World Boxing Super Series, everyone will know about South Africa and its new wonderkid boxer. Someone who aims to keep winning everything that comes in his way. People from the Eastern Cape are getting recognition now through me, and South African boxers are starting to get respect and recognition on the world stage. It feels good to know that everyone is behind me on my journey."

An unknown guy with 4-0 record (and No KO) gave Zolani fits. Its good Zolani realized to dance Inoue , he needs expert guidance.

It'll be interesting to see how this works out. It may be a good match.

[QUOTE=Andre_parker1;19198088]Burnett's gonna beat tete..it's gonna be Burnett vs Inoue in the final[/QUOTE] I reckon you're right. Tete's performances have slipped the last year or so, I think weight-drain's become a big problem for him. Burnett's progression has impressed me since…

Burnett's gonna beat tete..it's gonna be Burnett vs Inoue in the final