Zhankosh Turarov hadn’t fought in 13 months, nor at home in nearly two years.

The unbeaten super lightweight made up for lost time in a big way, delivering a spectacular 3rd round knockout of Mauro Godoy in their ESPN+ headliner Saturday evening in Nur-Sultan, Kazakhstan.

A temple shot put Godoy down and out for the full ten count at 2:00 of round three. 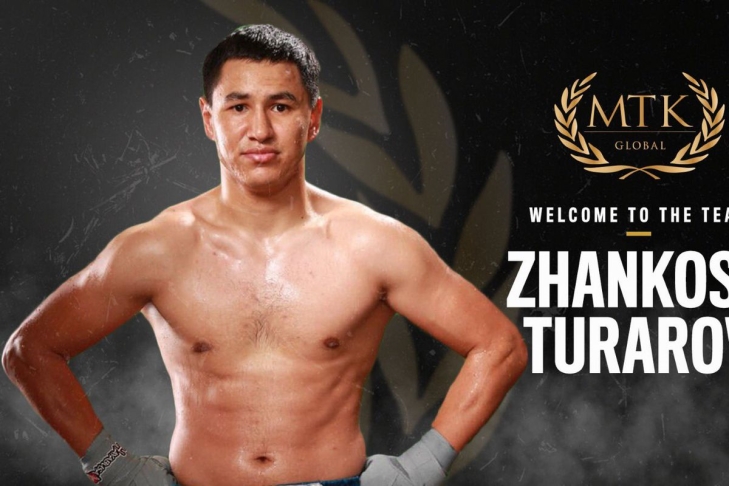 Turarov sprinted out to a solid career start upon turning pro in 2013 but has been plagued by inactivity in recent years. Saturday’s contest was just his fourth since 2016, having fought just twice in 2017 and once in 2018.

The unbeaten super lightweight was promised a brighter future upon signing with managerial outfit MTK Global earlier this year. The first fight under that pact came in the headlining act of the company’s first show in Kazakhstan, where he hadn’t fought since a Sept. 2017 win.

Turarov was dominant from the outset, with Argentina’s Godoy quickly entering survival mode. The visiting challenger has only been stopped once in his career, coming four years ago almost to the day but having since adjusted his style.

It mattered little here as he was unable to gain any sort of momentum versus the local favorite, which perhaps factored into his deciding to call it a night once he hit the deck. A left hook midway through round three had Godoy in trouble, with an ensuing overhand right to the temple forcing him to his knees.

Turarov storms to 24-0 (17KOs) with the win, his fourth inside the distance within his last five starts. It figures to be his last contest on the prospect stage, as his team is already pushing for a super lightweight title fight in 2020.

Until then, he will at least enjoy a far greater activity level than has been afforded his career in recent years.