Zepeda: I Deserve Another Title Shot, Win Over Baranchyk Will Cement Just That

Jose ‘Chon’ Zepeda could have taken any other route after his last win.

The former two-time title challenger was due to face Ivan Baranchyk earlier this summer, only for their July 7 ESPN headliner to fall through after Baranchyk suffered a rib injury and was forced to withdraw. Zepeda was afforded the opportunity to remain on the card in Las Vegas, facing and soundly defeating late replacement Kendo Castaneda at the MGM Grand Conference Center. 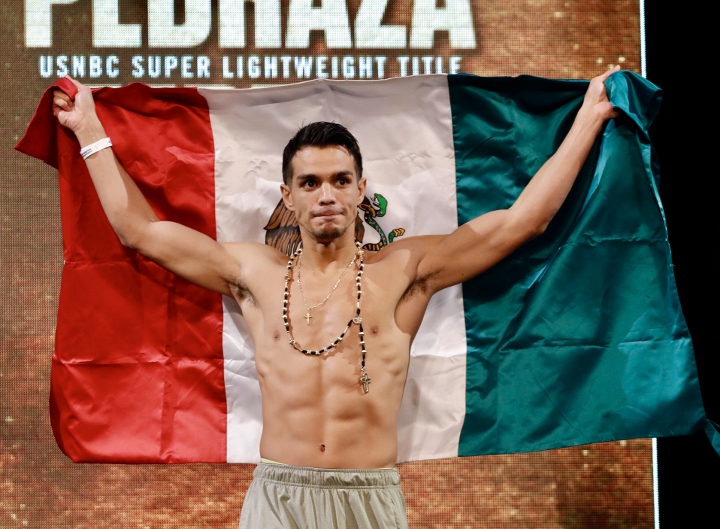 Still, there was a part of the La Puente, California native that wanted to settle up unfinished business. Once it was confirmed that Baranchyk (20-1, 13KOs) was healthy and cleared to fight, the next step became an obvious one as far as he was concerned. With that came a new fight date, with the two due to collide on October 3, live on ESPN+ from the same location that was to have housed their fight three months ago.

“I’m glad this fight got rescheduled, my skills will be on full showcase against Baranchyk,” Zepeda (32-2, 25KOs) told BoxingScene.com.

The bout will be the third for the 31-year old junior welterweight contender since coming up just short in his second career title bid. A narrow 12-round defeat to Jose Ramirez for the WBC 140-pound title last February proved Zepeda’s worth at the title stage, particularly given that many felt he deserved the nod that night.

Ramirez (26-0, 17KOs) has since added the WBO belt to his arsenal, while jockeying for space with fellow unified titlist Josh Taylor atop the junior welterweight division.

Zepeda bounced back from the loss with a convincing 10-round win over former two-division titlist Jose Pedraza last September at T-Mobile Arena in Las Vegas. Having now won two straight, there stands a chance that Zepeda will once again have his say in that conversation, with the rescheduled bout versus Baranchyk—a former IBF titlist who lost his belt to Taylor last May—serving as a WBC-sanctioned final eliminator.

“At this point I believe I deserve another title shot and a win against Baranchyk will cement just that,” believes Zepeda. “We will be more than ready on October 3rd.”

This should be good!

[QUOTE=BIGPOPPAPUMP;20785004]Jose Chon' Zepeda could have taken any other route after his last win. The former two-time title challenger was due to face Ivan Baranchyk earlier this summer, only for their July 7 ESPN headliner to fall through after Baranchyk suffered…